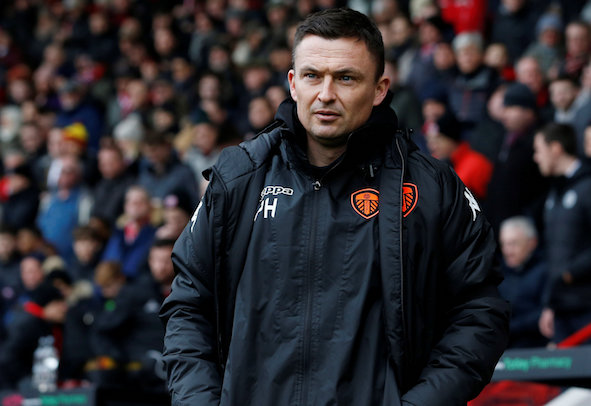 Paul Heckingbottom announced his line-up for the Leeds clash against Wolves on Wednesday night at Elland Road and fans are spitting feathers that Vurnon Anita is starting.

Heckingbottom had already delivered one shock, as it was reported earlier that he was dropping goalkeeper Felix Wiedwald after a string of poor performances.

Bailey Peacock-Farrell takes his place in his first Leeds appearance in two years, and only his second ever for the senior side.

The team news was officially announced on the Leeds Twitter page ahead of the 7.45pm kick-off.

But that wasn’t the only decision that got the fans talking.

They aren’t happy about Anita starting, with one fan saying he genuinely fears for him against the Wolves attack tonight.

One asked how he was still getting in the team, while another fans simply announced, ‘We’ve lost’.

Here are the best reactions from Leeds fans ahead of the game against the Championship leaders:

How is Anita still in this team

Cavalhiero will Rip him a new bum hole

In other Leeds news, ‘All over this’, ‘English talent finally’ – Leeds fans react as Heck makes PL man top target