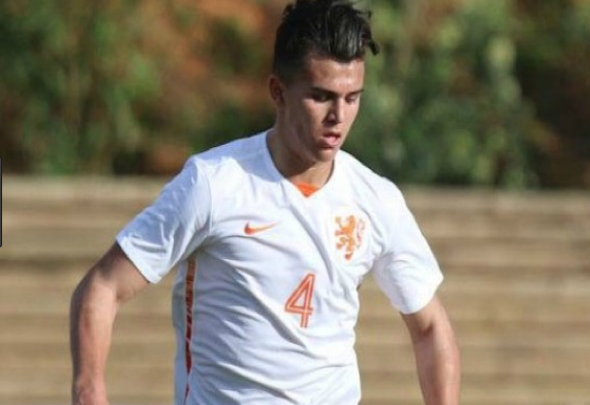 Leeds United have confirmed the signing of Pascal Struijk from top-flight side Ajax.
The 18-year-old defender has signed on a three-and-a-half year deal which will keep him at Elland Road until 2021.
The news was reported on the official Leeds Twitter page on Monday lunchtime.

The centre-back will go straight into Carlos Corberan’s Under-23 side and could make his debut as soon as Friday’s clash with Birmingham City.
Football Insider verdict:
The Leeds Under-23s have had some serious additions this January and the club obviously have high hopes for Struijk with a three-and-a-half-year deal under his belt. The centre-back started off his career at ADO Den Haag before moving to the high profile Ajax club. He has also been capped three times for the Dutch Under-17 team. Leeds fans will no doubt be far more concerned about senior signings at this stage in the transfer window, but there is a real feeling around Leeds that the club is building for the long term and that can only be good news for the fans.
In other Leeds news, Leeds have serious interest in this striker with a seven-figure fee but one caveat.
We’ve launched a << BREAKING NEWS FEED>> exclusively for your club. ‘Like Us’ on Facebook by clicking here if you want 24/7 updates on all Leeds United breaking news