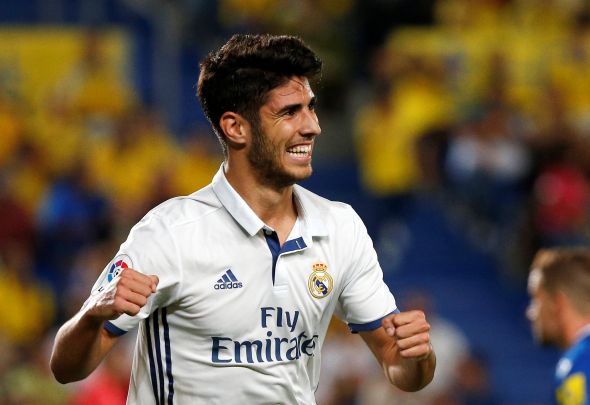 After Liverpool tabled an offer for Real Madrid midfielder Marco Asensio the player is said to be unhappy with his playing time at the Bernabeu, according to a report.

Diario Gol claim that the 21-year-old winger has been left feeling disappointed with the amount of action he has been afforded by boss Zinedine Zidane, and is ready to leave if the situation does not change.

When he has played this season, the youngster is said to have “dazzled the audience” with his displays, and he’s ready to become a regular starter, or find another elite club that will promise him what he wants.

It was claimed that Real president Florentino Perez rejected the offer, reiterating that the player is not for sale.

However, it was also said that Klopp wasn’t going to give up and this new information could be enough to convince the German that he can prise the 21-year-old from the Bernabeu.

This season the attacking midfielder has made 35 appearances across four competitions for Los Blancos, scoring nine goals and contributing four assists.

The report claims that Liverpool are just one of a number of clubs who have placed an offer for Asensio, with Premier League rivals Arsenal and Italian champions Juventus both keen on the young talent.

Marco Asensio is one of the brightest young talents in European football and Real Madrid will be looking to keep hold of one of their star prospects. However, whether more game time will be coming his way is a different matter. His problem is the wealth of attacking options Zinedine Zidane has at his disposal, with much more established stars like Gareth Bale and Isco competing for the same role. If the 21-year-old is serious about his threat to leave, then Liverpool could be the right move for the unhappy player. However, where would he fit into Liverpool’s line up? With Philippe Coutinho, Roberto Firmino, Adam Lallana, Sadio Mane and Georginio Wijnaldum all fighting for a role in the starting XI, Asensio might face a similar battle for game time at Anfield.

In other Liverpool news, the board are discussing a move for this 20-year-old Premier League attacker.