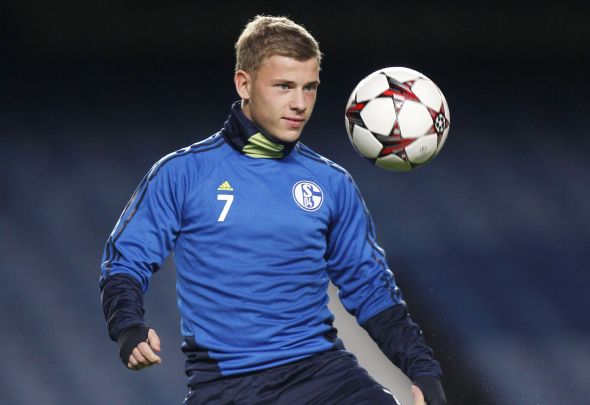 Schalke starlet Max Meyer has described Liverpool manager Jurgen Klopp as a ‘great coach’, amid reports that the Merseyside club are preparing an offer.

German newspaper Bild had previously reported that Klopp was considering a £28million move for the German attacking midfielder, as he continues to strengthen his squad for the new season.

Talking to German magazine Kicker, Meyer spoke about Liverpool’s interest in his services, as well as the former Borussia Dortmund manager.

“I know from the past that he appreciates my type of player,” Meyer said about Klopp. “After my first derby against Borussia Dortmund – I was 18-years-old and scored a goal – he has publicly expressed praise for me.

The 20-year-old has two years remaining on his current deal, and the playmaker starred in the Bundesliga last season as the Royal Blues finished in fifth position, qualifying for the Europa League.

Schalke’s number seven said he was happy at the German club, but refused to rule out a move away from the Veltins Arena later in his career.

“I am very happy at Schalke and still very young. I have many more years as a player in front of me.

“It is not that I have to play absolutely to the end of my career near my home,” he said. “You could maybe someday at least consider new experiences, if another club is interested.”

The Germany international has one cap for his country, making his debut against Poland back in 2014.

In other Liverpool transfer news, Klopp is interested in signing this 19-year-old full-back.