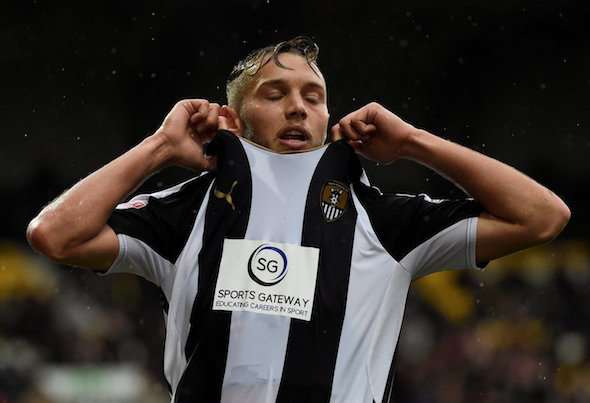 Grant, 23, is understood to be set to sign a season-long loan deal with the League One new boys.

A number of clubs have been chasing Grant during this summer’s transfer window as they look to bolster their attacking options ahead of next season.

Forest have refused to consider selling Grant despite offers as they rate him highly at the City Ground, but Forest boss Aitor Karanka is prepared to loan him again so that he can continue development with regular first-team football.

Grant has spent the last 18 months out on loan during two spells at League Two Notts County after finding his first-team chances limited at Forest.

Forest have received a host of enquiries about taking Grant on loan, but Luton Town have moved quickly to agree a deal with Forest.

Luton boss Nathan Jones is a big admirer of Grant and had made him one of his top transfer priorities this summer as he looks to improve his squad this season.

In other news, the club’s bitter rivals are working on a deal to sign the most creative player in English football in what would be a sensational transfer.