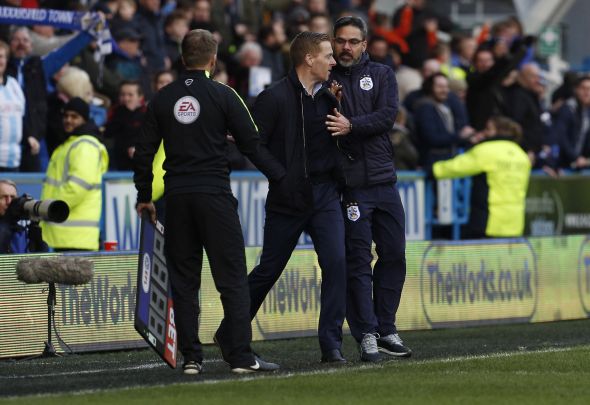 Garry Monk was unhappy at how Leeds did their January transfer business, according to a reliable journalist.

Yorkshire Evening Post Phil Hay has claimed in his weekly column that Monk was “annoyed” that Elland Road chiefs waited until deadline day before sealing the loan arrivals of Alfonso Pedraza and Modou Barrow.

The Leeds manager had made it clear at the start of January that he wanted to refurbish the front line and stressed he was “definitely” in the market for a striker.

The Championship promotion hopefuls were unable to land a new front man but did increase their attacking options with the loan signings until the end of the season of Pedraza from Villarreal and Barrow from Swansea.

However, the duo have made little impact do date, with Barrow, 24, yet to start a single game and even suffering the blow of being omitted from the matchday 18 for last weekend’s goalless draw against QPR.

Pedraza has made three starts but has only scored one goal and is yet to complete 90 minutes for the Championship’s fourth-placed team.

Hay reports that the feeling among the Leeds coaching staff is that the attacking pair’s chances of making an impact were reduced as a result of their late arrivals.

“Wingers are notoriously hit-and-miss and most of Monk’s options there are in this division for the first time,” wrote Hay in the Yorkshire Evening Post.

“The reason he was annoyed about the club’s dealings in January was not because of the amount of money spent but because of the delay in signing Alfonso Pedraza and Mo Barrow.

“Deals reached at the start of January would have given him an extra month to bed them in. Barrow has not started once.”

Barrow and Pedraza are both in contention for Leeds’ next fixture, a Saturday evening clash against second-placed Brighton.

Four Leeds players have been ruled out of the top-of-the-table Championship clash at Elland Road.

In other Leeds news, the Yorkshire giants are in shock talks to sign a Liverpool attacking player.