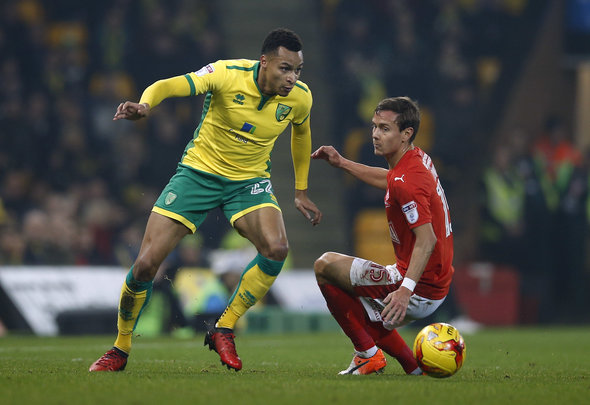 New Newcastle signing Jacob Murphy has spoken of his delight to be joining his boyhood club after the club confirmed his arrival from Norwich City.

The Magpies announced the 22-year-old winger’s arrival via their official Twitter, as well as on the club’s website.

He becomes the third new signing of the summer for the North East side, following Christian Atsu and Florian Lejeune through the doors at St James’ Park.

Following the news of his arrival, he took to Twitter to post a montage of his history with Newcastle, showing a selection of pictures of him decked out in Newcastle shirts as a youngster.

What a feeling!! Delighted to sign for Newcastle United FC… can't wait to get started, thank you for all your messages! #NUFC ⚫️⚪️⚫️⚪️ pic.twitter.com/dqOIyuL68E

He also spoke out about how much he was looking forward to playing at St James’ Park, what he was aiming to bring to the side, and how much it means for him to return to the place where his family are from.

He told NUFC TV, available on the club’s official website, “It was a childhood dream of mine to come and represent Newcastle.

“It’s a proud moment for myself & my family. They’re all crazy, crazy Newcastle supporters. It was a no-brainer for me.

“Maybe I was destined to be here.

“I will look to bring pace, attacking flair. I’m very direct & I like to shoot & provide chances for the team”

Newcastle may be welcoming another new face to their ranks very soon, with journalist Lee Ryder claiming that Spanish full-back Javier Manquillo is on the verge of securing a move from Atletico Madrid.

Murphy’s arrival at Newcastle will be the first that will have properly excited the fans this summer. Christian Atsu was a known quantity, having played on loan at the club last season, while centre-backs like Florian Lejeune never get the limelight they deserve. However, the former Norwich man is the sort of player who will get supporters out of their seats with his flair and pace down the flanks. He faces a fight for a first team spot, with star man Matt Ritchie, the aforementioned Atsu and hot prospect Rolando Aarons all vying for a place in the starting XI. However, Murphy will not have joined to sit on the bench, and he will do all he can to force his way into the reckoning.

In other Newcastle transfer news, the Magpies are seeking a £16million move for this forward.