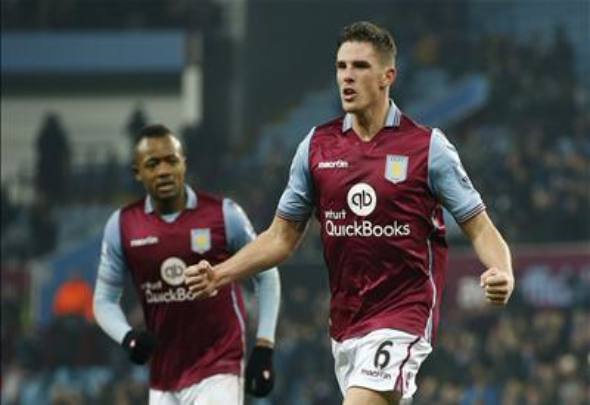 Newcastle defender Ciaran Clark has expressed his delight over his summer transfer from Aston Villa and claimed he is thrilled to be playing alongside “quality” players in a winning team.

The Republic of Ireland international quit Villa Park after they finished bottom of the Premier League last season, and joined a Newcastle side that are in pole position to earn promotion back to the top flight.

Newcastle are top of the Championship after 20 games, and are 15 points clear of Clark’s former employers, who are 13th.

Clark took a dig at Villa, claiming he is thrilled to be part of a winning side again, and hopes his Newcastle side can win promotion back to the top-flight.

He told the Newcastle Chronicle: “To get that feeling of winning again and getting more wins under your belt and be in a high position in the league is a different pressure.

“I feel like when we are playing well we can enjoy our football. We just want to keep going and keep the momentum.

“Every player wants to be in the best league in the world. The Premier League is one of them. To come to Newcastle is massive for me with quality players here and those we brought in.”

The 27-year-old has made 17 appearances for the Magpies in all competitions this term, and has formed a solid partnership with Jamaal Lascelles at the heart of Rafa Benitez’s defence.

In their last 10 league games, Newcastle have conceded just six goals. Only Brighton and Derby have conceded fewer goals overall this season.

The Magpies can extend their lead over Brighton at the top of the table if they beat Wigan on Wednesday night. Games against Burton Albion, Sheffield Wednesday and Nottingham Forest follow before the end of a busy December.

In other Newcastle news, Bolton manager Phil Parkinson has revealed he wants to keep this Newcastle man at the club.