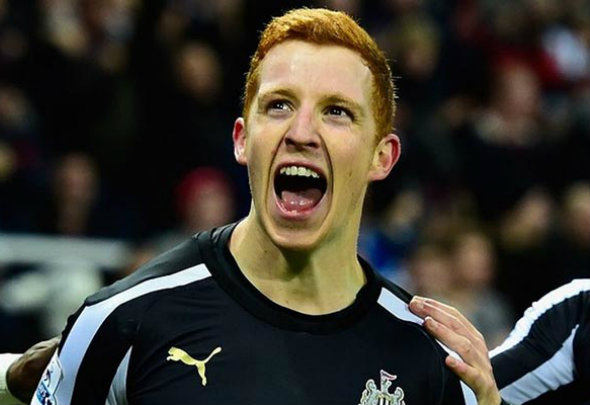 Newcastle had to come from a goal behind to beat Brighton Tuesday night – and the club’s supporters claimed on Twitter they looked a better side when Jack Colback was taken off.

The Magpies earned a 2-1 victory over Brighton at the Amex Stadium and overtook their opponents to become the new leaders of the Championship.

Colback, 27, started the game in midfield and lasted until the 74th minute when he was taken off.

Brighton seemed to be heading towards three points as Glenn Murray scored a first-half penalty for the hosts.

However, Rafael Benitez’s side sprung into life late on and a fortunate goal from Mohamed Diame in the 81st minute drew them level.

Substitute Ayoze Perez went on to score an 89th minute winner and tip the game completely on its head.

Newcastle fans insist that their side were better when Colback was taken off the field and suggest he should be dropped from the starting XI.

Two games in row Colback has come off for an attacker. Obviously isn't cutting it and affecting the game if he's being sacrificed. #NUFC

Colback comes off we come from behind 🎉🎉 #NUFC

We have to learn from last 15. Proper striker, wingers getting forward, diame deeper, Colback off. = much better team!!! #Howaythelads#NUFC

Newcastle will be delighted with three points agains their promotion rivals Brighton and face third-placed Huddersfield at the weekend.

They can take an even greater stride towards promotion with another victory and Benitez will have a difficult selection to make with his starting line-up.

Newcastle’s central midfielder Colback has started the last five consecutive league matches and is a regular in the team.

However, the club’s supporters are unsure about his performances and feel they are a better set-up without him.

In other Newcastle news, Aleksandar Mitrovic has revealed how he has changed at the club.