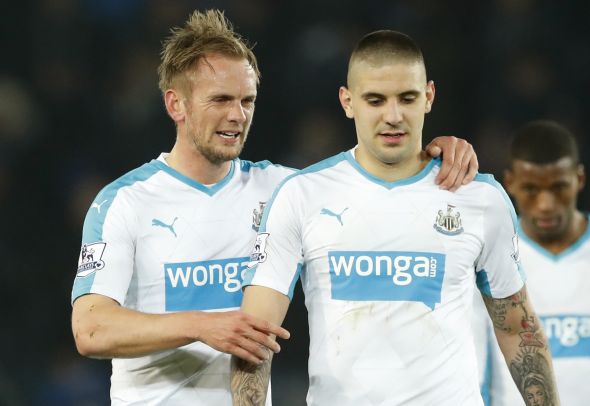 Currently on loan with the Dutch giants, 28-year-old de Jong has scored four goals in his last three outings for PSV as he looks to prove to the Toon that he is over his injury demons.

The Holland international was in fine form once again on Saturday, as he scored the only goal of the game in a 1-0 win against Vitesse with a first-touch finish that flew into the top corner.

Wearing the number 10 shirt, de Jong has continued to prove to Rafa Benitez that he is back to his brilliant best that first persuaded the north east club to spend £6million on him in 2014.

Newcastle fans reacted on Twitter to de Jong’s latest strike as he continues to shine in the Eredivisie, with many keen to see him given a second chance, even if the club gain promotion to the Premier League.

De Jong is a interesting one, could of done with him this year. Interesting to see if he gets his chance next year if we go up #NUFC

could be done with him at the moment tbh.

Siem De Jong getting a chance in pre season. Keep him fit and he could be a quality player for us, natural leader too #NUFC

Should get in him back now, we need a good number 10

@scottish_mags got to be better than Diame in number 10 role

Siem de Jong with his 6th goal of the season for PSV. Lovely finish into the top corner.

De Jong made just 26 league and cup appearances for the Toon following his move from Ajax in the summer of 2014, as injury dogged his stay on Tyneside.

However, his form could tempt Benitez to give him a second chance with Newcastle,a as Ayoze Perez and Mo Diame fail to provide any consistency.

In other Newcastle news, this senior ace has joined a growing injury list.