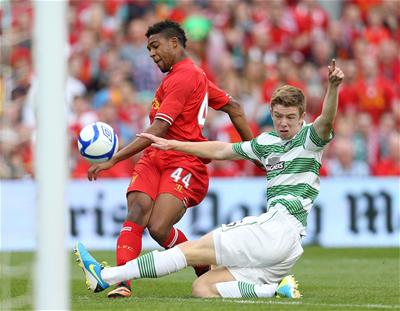 Defender Stuart Findlay has voiced his disappointment at the end of season defeat which saw Newcastle U23s miss out on promotion in the Premier League 2 Division Two play-off final.

The young Magpies were hoping to emulate their first-team counterparts in winning promotion from the second tier of youth English football.

Centre-back Findlay started the play-off final against West Ham at St James’ Park on Tuesday, and the Magpies took the lead through striker Tom Heardman.

However the Hammers hit back to leave Tyneside with a 2-1 victory and earn promotion to the Premier League 2 Division One.

Findlay took to Twitter after the final to air his frustrations, having finished third in the league to earn their spot in Tuesday’s final.

Not the way we wanted to finish after a terrific year. Great bunch of lads who deserved more. Time to relax and get ready for next year⚫️⚪️

The 21-year-old defender joined Newcastle in the summer of 2016 following his release from Scottish side Celtic, and made his first team debut in a 3-1 victory over Birmingham in the FA Cup.

He failed to make an appearance for the Scottish side’s first team during his time at Celtic Park, although did make senior appearances while on loan at Greenock Morton, Dumbarton and Kilmarnock.

He has been a constant fixture in Peter Beardsley’s U23 side in the second half of the season, after struggling to break through after joining from Celtic.

He told the Shields Gazette: ““It’s been an up-and-down sort of season for me

“I’ve felt I’ve continued to do well and think I can be proud of how I’ve done.

In other Newcastle transfer news, the Magpies are on the hunt for this Premier League proven striker.