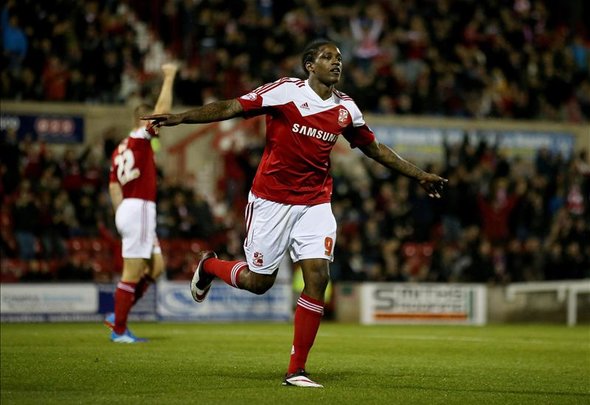 Former Newcastle starlet Nile Rangers has finally found a new club by signing a short-term deal with Southend, according to a report.

The former Toon prodigy has not played football since November 2014 after being released from several clubs following a spate of disciplinary problems.

The issues started for the 25-year old in May 2011 after being pictured with a replica gun and further questions were raised over the forward’s temperament when he was arrested three months later on suspicion of assault.

“Nile is expected to be in for pre-season training today and should be signing for an initial month,” a source close to Southend was quoted as saying by Echo News.

“If that goes to plan then he will sign a longer deal but there are clauses in place for the contract to be terminated if he misbehaves.

“Nile has made mistakes in the past but there’s no denying his talent and Southend hope he’s learnt from what he’s done wrong and will be keen to prove a point here.”

The striker faced further issues when fined by the FA for homophobic comments posted to Twitter and was then charged with rape in July 2013 –  before being cleared of the charge.

It is now hoped the promising forward can get his career back on track at Roots Hall after spells at Barnsley, Sheffield Wednesday, Swindon Town and Blackpool since his move away from Tyneside in 2013.

The centre-forward has scored 27 goals and provided 10 assists across 126 career performances in career.

In other Newcastle news, Rafa Benitez is looking to continue his revolution at St. James’ Park this summer by making an audacious bid to sign a former Manchester United striker.