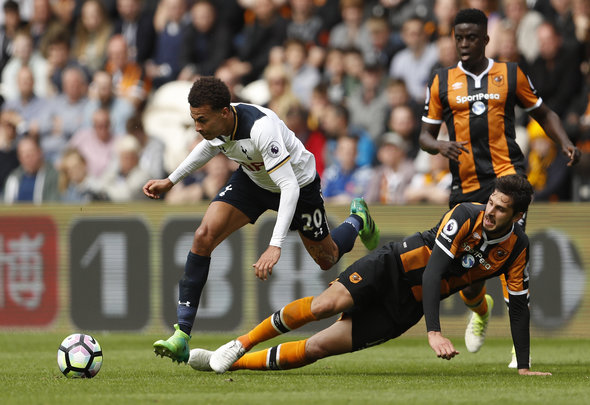 Newcastle will be given the chance to sign Inter Milan defender Andrea Ranocchia in the summer, according to a report.

The Chronicle claim that the 29-year-old is deemed surplus to requirements at the San Siro and that the player’s representatives are now trying to force a move to the Premier League, where he spent the second half of the season on loan with Hull.

It is understood that Rafael Benitez is keen to add two new defenders to his squad in the window and that he previously tried to sign Ranocchia on two separate occasions in the past.

The report details that Swansea have a “long-term interest” in the centre-back and that Greek club Olympiacos are also interested.

Ranocchia played for Hull in the second half of the season and was unable to prevent their relegation from the top flight.

The experienced defender impressed when he first arrived at the KCOM Stadium and is very composed in possession, but couldn’t guide his side away from safety.

He was guilty of a dreadful mistake in the crucial defeat away to Crystal Palace as they were relegated to the Championship and was relegated during his first taste of English football.

Ranocchia could be a smart addition to the Newcastle squad for next season and certainly showed glimpses of his quality at Hull. Benitez has shown in the past interest in the defender, something that could come into effect once again. The 29-year-old has 21 international caps for Italy and also European experience from his time with Inter. Newcastle do have the likes of Ciaran Clark, Jamaal Lascelles and Chancel Mbemba in their squad, but have a lack of top flight experience. Ranocchia’s representatives are looking for a new Premier League side and the Magpies should approach for his signature.

In other Newcastle transfer news, Benitez is eyeing a move for Liverpool attacker Sheyi Ojo.