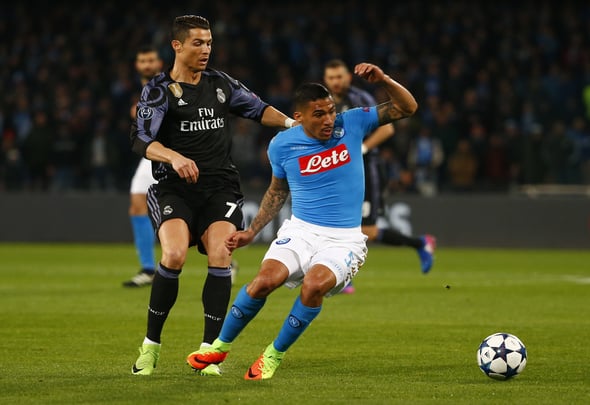 Newcastle are one of three Premier League teams interested in signing Napoli midfielder Allan, according to a report.

The Sun claims that Southampton and West Brom are also keen on the 26-year-old Brazilian and could splash £10million on acquiring his signature this summer.

However it is understood that the Magpies are hoping to launch an early bid for the Napoli ace in order to beat their Premier League rivals to the punch.

The report adds that Napoli could be tempted to sell Allan if they receive a big enough offer, with Southampton and West Brom said to be able to afford the playmaker’s services.

The Sun says that Toon boss Rafa Benitez believes that the Brazilian midfielder will be quick to adapt to life in the Premier League after spending the last few years playing in Serie A with both Udinese and Napoli.

Allan featured regularly for the Italian giants last term, as he made 39 appearances across all competitions, scoring one goal and supplying five assists.

Allan looks like he could be a good player for all three of the teams interested in him. They all could do with a new midfielder who prefers to sit in a deeper-lying role and £10million isn’t a bad amount to spend on someone who has experience of playing for a top club in a top league. Benitez really needs to kick on and get some more business done this summer because the squad isn’t at the standard it needs to be to stay away from a relegation battle. Mike Ashley cannot afford a third relegation from the Premier League during his ownership of the Magpies so he must give Benitez the cash to spend on players like Allan. The Spaniard shoudn’t stop there though and a new striker has to be his priority.

In other Newcastle news, fans have reacted to the reported interest in this Championship midfielder.