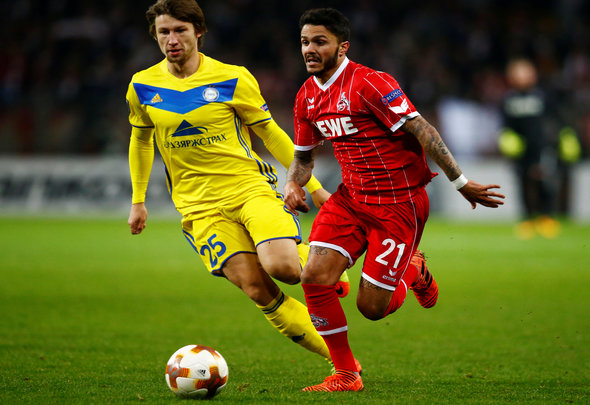 For as long as Mike Ashley is in charge of Newcastle United, fans know they will have to settle for bargain deals when it comes to the transfer window.

Gone are the days of record breaking spends, such as Alan Shearer or Michael Owen, and the former Liverpool man still stands as the club’s biggest capture – a feat which has stood for over a decade.

Some from outside of Tyneside will say that fans cannot complain about the level of spending considering they are sitting pretty in the Premier League but that all comes down to manager Rafael Benitez, who has worked wonders with a squad in which the majority of the players barely scraped their way to the Championship title a year ago.

The Spaniard has had to do with the bare minimum cash to spend and will no doubt be scouring the European markets looking for another deal to pounce on, as was the case with Mikel Merino last summer.

As such, the situation surrounding Leonardo Bittencourt is one that should have priced his ears.

Bild claim the 24-year-old winger is available for a bargain price of just £7million (€8million) this summer thanks to a release clause in his contract, following Koln’s relegation to Germany’s second tier, and that Premier League rivals Tottenham are among a number of clubs to have tabled an offer.

The German club’s chief has already admitted that Bittencourt looks destined for the exit, with the stunning relegation terms said to last until the end of May, and with a relative bargain available, Newcastle must be plotting an imminent swoop.

His six goals and five assists in 27 appearances makes decent reading, and considering the uncertainty over Kenedy’s future at St James’ Park, bringing in another talented wideman could do them no harm.

In other Newcastle United transfer news, the club must smash title winners aside for a £1.5m steal.