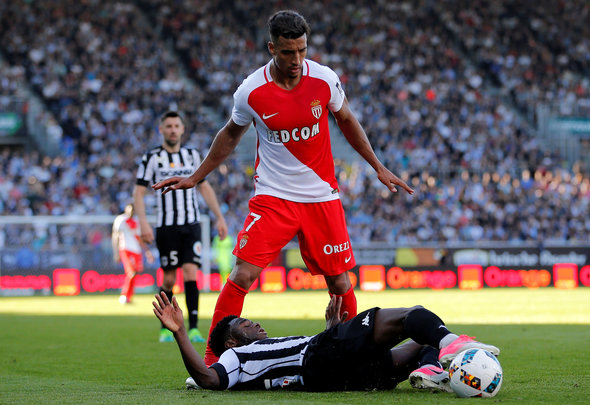 Newcastle are interested in signing Saint-Etienne attacker Jonathan Bamba, according to a report.

French outlet Foot Mercato claim that the Magpies are preparing a move for the 21-year-old, but face competition from Italian club Atalanta for his signature.

It is understood that Ligue 1 side Saint-Etienne are now set to make a decision on the future of the winger following the appointment of Oscar Garcia as their new manager.

Bamba is an academy product from French club Saint-Etienne, but has made just 15 senior appearances for them.

The pacy winger has been loaned out three times and spent the second half of last season at Ligue 1 side Angers.

He made 19 appearances across all competitions for them, scoring three goals and supplying two assists in return.

Bamba has represented France up to the Under-20s youth level and is a highly rated talent, but is yet to settle at a senior club since his breakthrough.

Newcastle have already secured a deal for winger Christian Atsu from Chelsea and it appears to be a position they seem keen on strengthening. Rafael Benitez could do with a top-class wide man to operate on the opposite flank of Matt Ritchie and give the side a real attacking threat. Bamba is not a player that looks ready to walk straight into the Newcastle starting line-up and make an immediate impact on the side. The 21-year-old appears to have great potential and the Magpies would be buying for the future if they signed him. The north-east club need proven players at St James’ Park next year to ensure their Premier League status.

In other Newcastle transfer news, their 25-year-old first teamer is being eyed by a top-flight club.