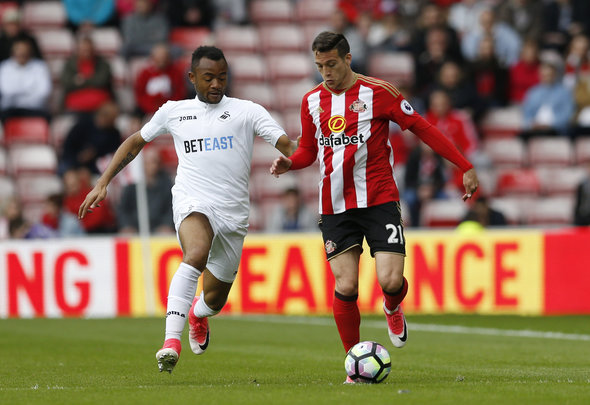 Newcastle will snap up the signing of Atletico Madrid defender Javier Manquillo by Thursday evening, according to a reliable journalist.

Lee Ryder, the chief sports writer at the Chronicle, reported on Wednesday afternoon on his personal Twitter account that the 23-year-old full-back’s transfer to the Magpies will be confirmed over the next 24 hours.

Javier Manquillo should be confirmed in next 24 hours. #nufc

The news comes just a day after the Chronicle had claimed that the versatile defender, who can play on either flank of the defence, was on his way to the club’s training camp in Dublin to undergo a medical.

Manquillo has spent the last three seasons on loan from Atletico, and turned out for the Magpies’ fierce rivals Sunderland during the last campaign, but was unable to prevent them from suffering relegation.

He also has Premier League experience from a temporary spell at Liverpool, but his move to Newcastle is said to be a permanent one, with his contract at the La Liga side set to expire next summer.

Manquillo’s arrival is not likely to fill the fans with too much excitement, but he is the sort of player Newcastle will need for their return to the top flight. A versatile defender, his ability to play at both right and left-back means that both flanks are covered in case of injury or suspension. His Premier League experience at both the top and the bottom of the table will prove useful, while the added competition will only improve the performances of those fighting for a first team spot. Plus, he might just turn out to be a crucial player for the Magpies next season, following in the footsteps of Ciaran Clark, who shone in the Championship despite being viewed by the Toon Army as an uninspiring signing last summer.

In other Newcastle transfer news, the club are seeking to secure a £16m deal for this powerful striker.