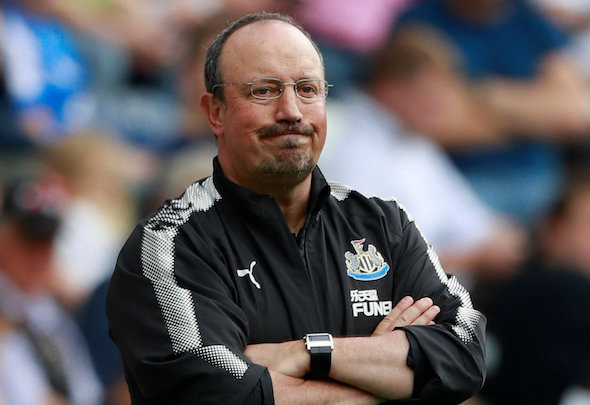 Newcastle United fans have turned to social media to react to news that Rafael Benitez has named an unchanged starting line up for their clash against Crystal Palace.

The Magpies confirmed their starting XI for the home tie against the Eagles via their official Twitter account, which saw Benitez retain the same XI from their draw against Southampton last weekend.

TEAM NEWS: Here's how Newcastle United will line up against @CPFC at St. James' Park this afternoon. #NUFC pic.twitter.com/UaTlaqrgnd

The news will come as a shock to many, with the Spanish manager having established a reputation of chopping and changing his starting XI to retain fitness and form throughout his side.

However he has bucked his traditions and kept faith with his players, although some supporters were not convinced by his selection, taking to Twitter to voice their opinions.

Here, Football Insider has rounded up a selection of the fans’ best tweets:

Rafa out no mitro no party

Not playing merino baffles me

Extremely disappointed to see Merino on the bench for a home game! But what do I know! #NUFC

The unchanged side means that Mikel Merino and Ciaran Clark, both benched last week after international duty, have to make do with a substitute’s appearance yet again, while there is a return for Aleksandar Mitrovic after seeing himself snubbed for recent games.

Newcastle come into Saturday’s clash off the back of a 2-2 draw against Southampton, having twice seen themselves surrender the lead and ultimately have to settle for a point at St Mary’s.

Crystal Palace meanwhile scored their first goals and picked up their first win of the season last weekend, having defeated reigning champions Chelsea 2-1 at Selhurst Park.

However victory was not enough to see them move off of the bottom of the table, as they sit on three points, one behind Bournemouth and five off West Ham, who sit just outside the relegation zone in 17th.