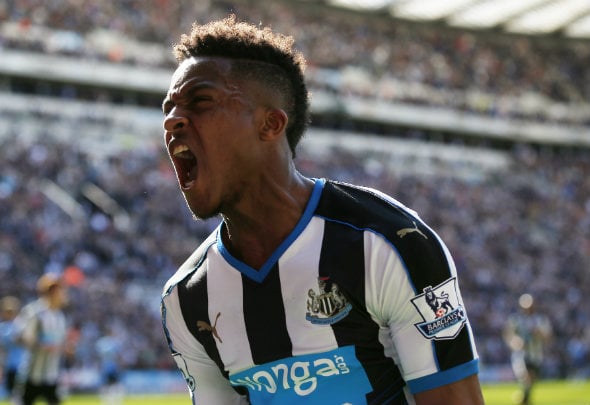 Newcastle midfielder Rolando Aarons has delivered a positive message on Twitter as he continues to recover from injury.

The 20-year-old has not featured for the Toon since a Capital One Cup clash against Cheltenham on 23rd August after breaking a bone in his foot during the tie, which was reported to have put him out for eight weeks.

The Englishman has missed 14 Newcastle games in all competitions and watched his side gain a three-point gap at the top of the Championship table.

Aarons made five appearances this season under manager Rafael Benitez before his injury blow and will be desperate to force his way back into the side.

The winger posted a positive update on Thursday which read “getting closer” as he attached a photo of himself training on his personal Twitter account.

Aarons graduated through the club’s academy and has made 22 senior appearances for Newcastle.

He has five caps for England’s Under-20s side and is considered one of the emerging talents for the Magpies.

The youngster has been arrested during his spell out following a 3am nightclub brawl, which caused club’s supporters to voice their concern about the player.

Aarons will face a difficult time winning over the fans and also faces strong competition for a place in a strong squad.

Matt Ritchie, Yoan Gouffran and Christian Atsu are currently fighting for a wide role and have all shown good form this season.

In other Newcastle team news, a Sky Sports pundit has made a January transfer window prediction about the club.