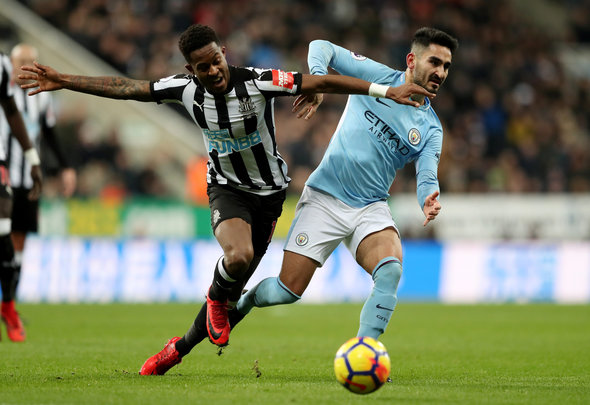 COMMENT
Newcastle United’s imminent swoop for Chelsea winger Kenedy should be cause for concern over the future’s of current first team duo Rolando Aarons and Ayoze Perez.
The Magpies look set to secure their first signing of the January transfer window as Goal.com report that the 21-year-old speed machine is on his way to Newcastle on Monday evening to conduct a medical on Tuesday ahead of his half-season loan move.
The left winger, who can also play as wing back, has been struggling for game time at Stamford Bridge this season, with just five appearances in cup competitions under his belt, and it is his lack of action which has allowed the move to happen.
However, another body in attack spells danger for those already competing for a role in the match day squad, with Kenedy unlikely to be satisfied moving from London to the north east to sit on another bench.
He is going to be seeking first team action, and while that might see a shake up among those competing for a place in the starting XI already, it is those on the fringes, namely Aarons and Perez, who will suffer most, as his arrival edges them closer to the exit door.
Aarons operates in the same role as Kenedy, which would suggest that he is about to be knocked down in the pecking order, and with so many wingers at Rafael Benitez’s disposal, a loan or permanent exit seems possible for the man with five fleeting appearances this season.
Perez meanwhile has been a more regular feature in the team but has been too inconsistent for Benitez’s liking, having been utilised in a variety of roles.
While a natural playmaker, his last outing against Manchester City saw him used as a left winger from the bench, and with Kenedy, Christian Atsu, Jacob Murphy and Matt Ritchie vying for the wide roles, it could be one of them takes Perez’s place behind the striker.
There will be suitors for the 24-year-old’s services, and with more competition to fight for, a worthwhile bid may just convince Benitez to sell his fellow countryman.
In other Newcastle United transfer news, the club are negotiating a record breaking deal for an attacker.