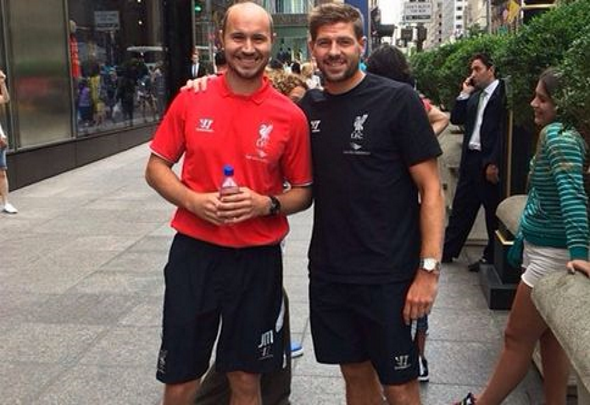 Steven Gerrard’s backroom staff has continued to take shape with Liverpool fitness coach Jordan Milsom confirming he has followed Gerrard north of the border – and Gers fans have expressed their joy over the news.

Milson confirmed on his personal Twitter account that he would be leaving Anfield after eight years to take up a “new challenge” at Ibrox.

Would like to say a huge thank you and goodbye to all of those special people I’ve worked with at LFC for the past 8 years. It was a privilege to work for my boyhood club. Now on to a new challenge working for Rangers FC. 🔴⚪️🔵

Gers fans were excited to see another piece fall into place as Gerrard’s reign gets underway and were quick to welcome Milsom to Ibrox – with one saying “hopefully you can get Jordan Rossiter to stay fit for the season because the boy’s a player.”

Welcome to Rangers & good luck with your role, here's hoping it's a successful one for you, roll on new season

Welcome to the worlds most successful football club good luck 😁

Welcome to Rangers. Work the lads hard Jordan, there's no excuses for another team being fitter than us!🇬🇧 #trainhard #fighteasy pic.twitter.com/XGLDOMbkVU

Milsom worked with Gerrard as part of the coaching staff for Liverpool’s Under-18 side after having spent a number of years working with the first-team at Anfield.

Former Scotland captain Gary McAllister has been confirmed as Gerrard’s assistant with more names expected to follow in the coming days before the Gers’ squad report for pre-season training on June 15th.

The Ibrox giants will travel to Spain for a training camp two days later as they step up preparations for the new season.

Gerrard’s first competitive game in charge comes when the Gers begin their Europa League campaign on July 12th, which gives him just over a month to draw up the appropriate plans.