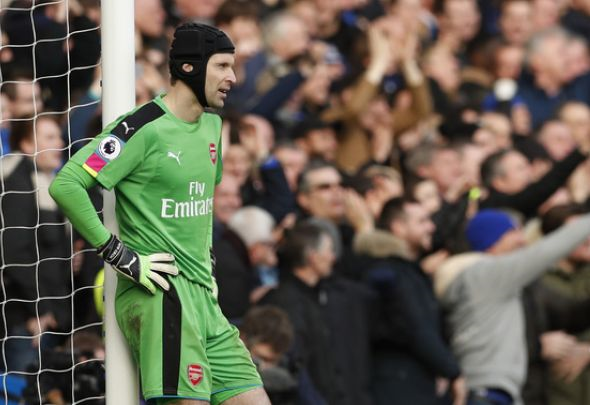 Piers Morgan has continued his venting at Arsenal manager Arsene Wenger, after reports that he will start David Ospina in goal instead of Petr Cech.
The Guardian have reported that Wenger will start with Ospina but pick a virtually full-strength team elsewhere, with Alexis Sanchez set to line-up despite heavy speculation linking him with Man City.
According to Morgan’s tweet, Cech will not make the bench and the celebrity Arsenal fan is not happy.
He called it another “outrageous” decision by a “disaster” of a manager.

BREAKING NEWS:
Wenger has axed @PetrCech from tonight's semi-final – not even on the bench.
Another OUTRAGEOUS decision by our disaster of a manager. #afc pic.twitter.com/WhY18cFXYt

Cech has played 22 Premier League games this season but is unlikely to have been dropped to rest him.
Instead, Wenger will just be keeping up with his policy of giving cup time to his second goalkeeper.
However, for Morgan, the semi-final is too important to play a second string team, and he obviously thinks that Cech should be between the sticks to keep out local rivals Chelsea.
A victory for Wenger tonight would take away a lot of pressure that’s been building on his side since a decidedly mixed start to the season, that took a turn for the worse when they were knocked out of the FA Cup third round by Nottingham Forest on Sunday.

In other Arsenal news, it has been reported that the Gunners are ready to trigger the release clause for this Argentine star.
We’ve launched a << BREAKING NEWS FEED>> exclusively for your club. ‘Like Us’ on Facebook by clicking here if you want 24/7 updates on all Newcastle United breaking news.