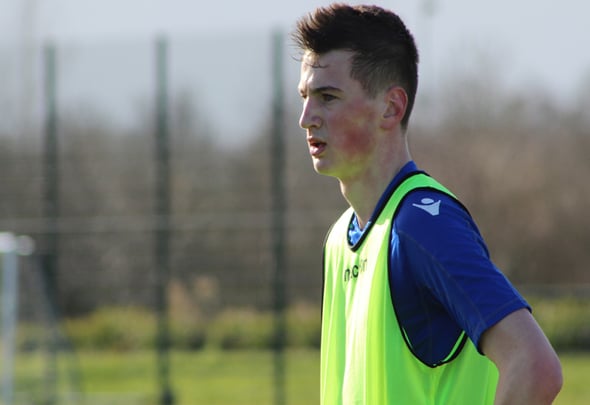 Leeds fans lost yet another game in the Championship last night, this time suffering a 1-0 loss to Aston Villa.

The result might not have been a surprise but the marked difference between the performances of the senior players and the Under-23s that Paul Heckingbottom has drafted in was.

And while goalkeeper Bailey Peacock-Farrell and Tom Pearce came in for praise, Leeds fans thought that enforcer Paudie O’Connor was “outstanding”.

The 20-year-old only made his debut a week ago against Sunderland but he’s already become a fan favourite.

He was up against a dazzling Aston Villa attack hellbent on hauling back the two teams above them in the chase for automatic promotion, and fresh off a brilliant win against Cardiff.

And, for the most part, O’Connor kept them at bay, and had the Leeds fans rushing onto Twitter to praise him.

He’s one of the few shining lights in a season that most fans will want to forget.

Here are the best reactions from Leeds fans to the 20-year-old’s display:

Despite the defeat, some positives from the game last night, where I thought we deserved a draw. The back 5 looked much better and again second half, we dominated possession until late on. Pearce and O’Connor were outstanding but Pennington had his best game in a Leeds shirt.

Only 3 positive for me BPF, Pearce and O’Connor other than if we are happy with last night performance god help us we are one rudderless club going nowhere #lufc

O’Connor, Pearce, BPF have something to build on did well considering age and experience. The rest I have to wonder how they made it never mind got the chance to play for a club like Leeds and don’t get me started on lassoga !!

O'connor was the standout. Ronny Vieira very good too

O'connor was the standout. Ronny Vieira very good too

When times are shit at Leeds. The shining lights are always the kids. Well done BPF, Pearce and the immense O’Connor #lufc

Really impressed with Pearce and O'Connor tonight. I hope @andrearadri was watching this pathetic game. Shame on you for bringing Orta to Leeds. Two wins in the last 20 games??? #lufc #youdonthaveaclue

In other Leeds news, ‘Useless’, ‘Not even National League level’: Leeds fans destroy one player after shocker v Villa