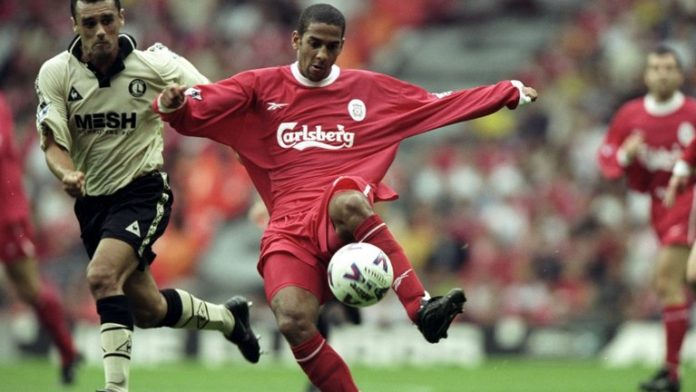 Liverpool drew Manchester City in the sensational tie of the round in the Champions league quarter-finals, and Phil Babb thinks one thing gives Liverpool the advantage.

The former Liverpool defender was talking on the Sky Sports live broadcast (Friday, 11am) of the draw that took place on Friday morning.

“Manchester City only know one way to play,” said Babb, “And that plays into Liverpool’s hands.”

Babb went on to say that Mohamed Salah was key to Liverpool progressing and despite his goals this season, Babb said his conversion rate is “still a bit sloppy at times”.

However, he tipped him to play a key part in the fixture, saying that he would relish playing Pep Guardiola’s men in such a huge match.

Babb said the big decision for Jurgen Klopp would be who to partner with Virgil Van Dijk in the heart of the Liverpool defence, either Joel Matip or Dejan Lovren.

Wow, what a couple of games these promise to be. Liverpool are the only team that have beaten Man City in the Premier League and that will give them hope going into these matches. Babb might be right, in that City only know one way to play. But, the same could be levelled at Liverpool, who have a devastating attack and a very suspect defence. That’s been improved since Virgil Van Dijk joined and Babb is right again that the decision to play either Matip or Lovren could be the one that decides whether Liverpool go through or not. Neutrals can sit back, relax and expect an absolute goalfest.

In other Liverpool news, ‘Legend’ – Liverpool fans react as Ben Yedder twists the knife in Man United on Twitter