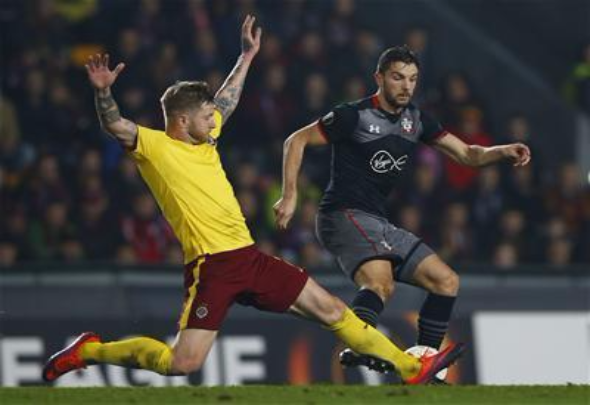 Southampton are remaining firm in keeping hold of striker and reported Tottenham target Jay Rodrgiuez, according to a report.

The Daily Mail has claimed that both David Moyes and Tony Pulis are “huge admirers” of the 27-year-old and are understood to have bid around £12million for him.

However, the Premier League duo are believed to have been unsuccessful with their offers with the Saints keen to keep hold of the attacker.

The news follows on from the Sun reporting that Tottenham were waiting in the wings to make a deadline-day move for a player that Mauricio Pochettino knows well.

The Argentine manager was the coach of Rodriguez for a season and a half between 2013 and 2014.

The forward was a huge success under Pochettino and in the 2013-14 season he scored a fantastic 17 goals in 39 appearances in all competitions and was on the edge of making the England 2014 World Cup squad.

However, an awful ligament injury suffered towards the end of the campaign ruled him out and he has suffered since.

The striker has just 11 goals from 41 matches in the last two campaigns and often struggles to get in the Southampton side with Charlie Austin and Shane Long fit, while Manolo Gabbiadini’s move to the south coast is reportedly edging nearer.

Rodriguez is far from the player that Pochettino knew when in charge of Southampton. The Englishman has seemingly lost his blistering pace, while he is often on the treatment table for little injuries now. The stiker is slowly adapting to his new playing style and can still contribute greatly for the Saints, but he is not a player that Tottenham need. Spurs fans are desperate for the club to bring in a forward who can hit the ground running and that quite simply is not Rodriguez. The attacker  is still recovering from his horrific injury and it is still not certain whether he will ever return to the level that he once was.

In other Tottenham transfer news, an emphatic decision has been made by Spurs on this fringe man.