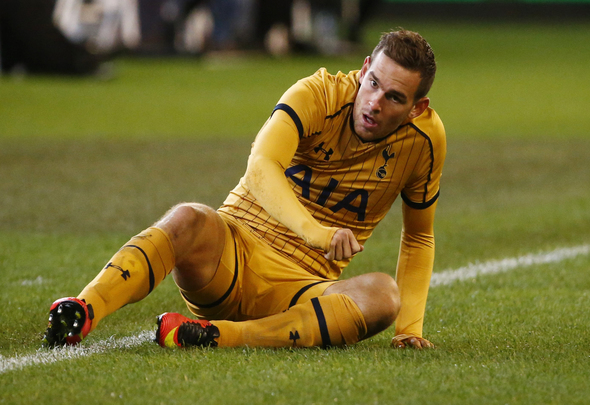 Vincent Janssen will not leave Tottenham on deadline day despite renewed interest from Galatasaray, according to a reliable journalist.

Times journalist Paul Hirst revealed on his personal Twitter account that Jansson will remain at White Hart Lane, even though the Turkish giants re-entered the market for the 22-year-old.

Earlier this month, Turkish publication Fanatik claimed that Galatasaray were keen to end his north London nightmare, which has seen Janssen fail to break into the first team.

However, Omroep Brabant later reported that Janssen had declined the move, but Hirst claims Galatasaray had reaffirmed their interest in the Holland international.

Limited to substitute appearances and cup games as he continues to play second fiddle behind in-form striker Harry Kane, Janssen has managed just four goals in 24 league and cup outings.

Scoring all of his goals from the penalty spot, Janssen has had to endure severe criticism since his £17million move from Dutch outfit AZ Alkmaar.

The striker was brought to London after scoring a huge 32 goals last term, but has failed to score from open play this term.

With a loan on the cards to Galatasaray, a move has now been blocked which will now see Janssen continue his fight to gain more regular first-team football in north London.

A loan move would have proven beneficial for Janssen, but it appears that Spurs cannot afford to let him leave as he is the only recognised back up to Kane. The England international suffered an ankle injury earlier in the season, and although not prone to injury, another injury to Kane will see Spurs turn to Janssen in order to fire Mauricio Pochettino’s side towards the summit of the Premier League. The striker impressed against Wycombe on the weekend during the 4-3 win with a goal and an assist for Heung-Min Son’s late winner, and that could tempt Pochettino into giving him more of a chance in the first team.

In other Tottenham transfer news, fans have reacted on Twitter to potential news that chairman Daniel Levy could pull this surprise deal out of the bag.