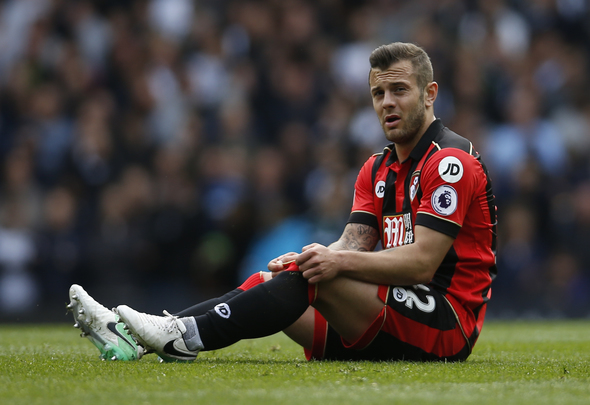 Bournemouth defender Steve Cook has blasted Tottenham fans for jeering Jack Wilshere after he was injured in Saturday’s game at White Hart Lane.

Wilshere, who is on loan from Spurs’ bitter North London rivals Arsenal, endured a torrid afternoon in which he saw himself forced off the pitch with an ankle injury.

Boos and ironic cheers filled the air throughout the 25-year-old’s time on the pitch and Tottenham fans weren’t too kind to him on social media either.

Cook played all 90 minutes of the fixture in which he saw his side slump to a poor 4-0 defeat.

“Obviously there’s no love lost between Arsenal and Tottenham fans and especially Jack and the Tottenham fans,” said the PL defender, as quoted by ITV Sport.

“But it’s not nice. He’s a professional and I know a lot has been said in the past and a lot has happened but no-one likes to see a reaction like that to a player getting injured.

“That’s the game I suppose but for me it was disappointing.”

Wilshere was sent on a season-long loan to the Vitality Stadium in a bid for him to regain his match fitness and prove his worth to Arsene Wenger.

He’s stayed injury-free all season and has made 27 appearances for the Cherries, but he is now likely to spend another spell on the sidelines after his second-half collision with Harry Kane.

The Spurs striker was making his full return from an ankle injury of his own and bagged a goal and an assist to help his side move within four points of Premier League leaders Chelsea – who play Manchester United on Easter Sunday.