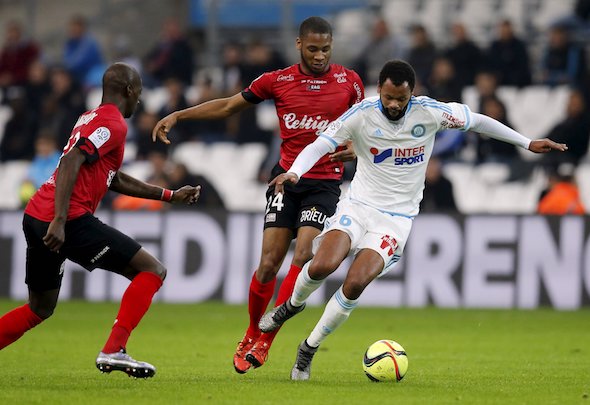 Huddersfield Town have entered the race to sign Guingamp winger Marcus Coco during the summer transfer window, according to a report.

The Sun claims that the Huddersfield boss David Wagner is eager to land the 21-year-old as his side prepare for life in the Premier League for the first time in their history.

This follows up from the story in the same newspaper which reported fellow newly-promoted side Newcastle United have placed the Frenchman at the top of their transfer priorities.

The report claims Newcastle manager Rafa Benitez and Wagner are both huge admirers of the youngster due to his ability to play as a full-back and an attacking winger.

It is said that the Frenchman will be allowed to leave the Ligue 1 outfit for the right price this summer and he is reportedly valued at £10million.

Fellow Premier League side Southampton are also reportedly keeping tabs on Coco and they are planning to table an offer for him before the beginning of the new campaign.

The youngster has spent four years with Guingamp but he enjoyed his best campaign in terms of numbers last season, contributing with four goals and three assists in all competitions.

Coco’s current contract with the Ligue 1 side runs out in 2020.

With Huddersfield now in race and Southampton plotting to make a bid for Coco, Newcastle need to react now and prove to the player that they are desperate to bring him to the club. The Magpies have started to get transfers over the line in the last few weeks and securing Coco’s signature would be a big statement as it would show that they are capable of beating off competition with players preferring to ply their trade at St James’ Park. The only concern would be Newcastle’s persistence in signing players with little Premier League experience this summer and it could come back to haunt them by the end of upcoming campaign.

In other Newcastle news, the Magpies have been installed as favourites to sign this 13-time England international.