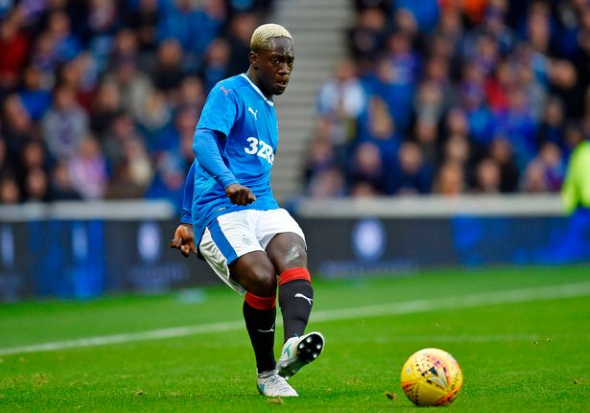 The 21-year-old joined last summer and only managed three appearances for Rangers, two Europa League qualifiers and just one minute of Premiership action.

He was due to go back to Benfica at the end of May but a post on Instagram has seemingly revealed that he’s leaving early.

Pictured with Rangers teammates Daniel Candeias, Bruno Alves, Fabio Cardoso and Alfredo Morelos, the caption says: “No need to say much, the picture says it all. It was a pleasure.”

This one didn’t work out at all and Rangers will be glad to get the 21-year-old off their books. Neither Pedro Caixinha or Graeme Murty fancied what they saw and he’ll go down as playing the most expensive minute of Premiership football of probably any Rangers player in history. However, the Instagram post shows a player who enjoyed his time in Scotland and leaves with his head held high, and that’s always good to see. He’s the first of a big exodus this summer, with Steven Gerrard coming in to clean the ship up. Reports were coming in that Josh Windass might be moving to the Premier League in a £3million move and that would definitely be more of a loss to the club. That’s still not confirmed yet of course, but if he goes and they lose striker Alfredo Morelos too, Gerrard and Mark Allen are going to have to work hard to bring in quality replacements. Either way it’s going to be a fascinating summer.

In other Rangers news, Money not an issue – Ginola says 119-cap midfielder could move to Rangers thanks to Gerrard