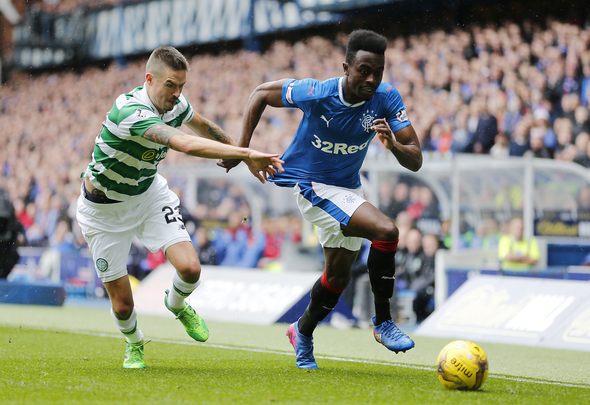 Pedro Caixinha should ring the changes to his starting XI against Hearts after his side’s dreadful performance away to Partick Thistle.

Rangers were lucky in securing the three points at Firhill, relying on a last minute Joe Garner goal to turn the match on it’s head.

Caixinha’s side looked bereft of any attacking quality for the majority of the match, with players like Josh Windass and Martyn Waghorn passengers in the starting XI.

For this reason, the Portuguese boss needs to make changes to inspire a better performance in front of the home fans at Ibrox.

Out of the side should go Waghorn, Windass, Joe Dodoo and Danny Wilson, to be replaced by Barrie McKay, Jamie Barjonas, Serge Atakayi and Clint Hill.

At the back, Hill should replace Wilson, who limped off in the 2-1 win and is reported by Sky Sports News on their website to be ruled out of the season.

In the middle of the park, Windass should be replaced by Barjonas, just as he was in the second half against Partick Thistle.

The 18-year-old came off the bench to make his debut for Rangers, and proved to be an improvement on Windass, who was a bystander for much of the match.

The biggest issue against Thistle came up top, and is why Caixinha should axe both the men on the flanks.

Dodoo and Waghorn were ineffective and struggled against a side 17 points below them and so changes must be made.

In should come McKay, who made an instant impact off the bench in Sunday’s victory by scoring the equaliser, and 18-year-old Atakayi.

Yet to make an appearance for Rangers, the young winger would offer a hunger that seemed to be lacking from Dodoo’s performance against Thistle, plus would give Caixinha the chance to run the rule over the Finnish wide man.

In other Rangers team news, Brendan Rodgers has given his verdict on Chris Sutton’s comments about the club.