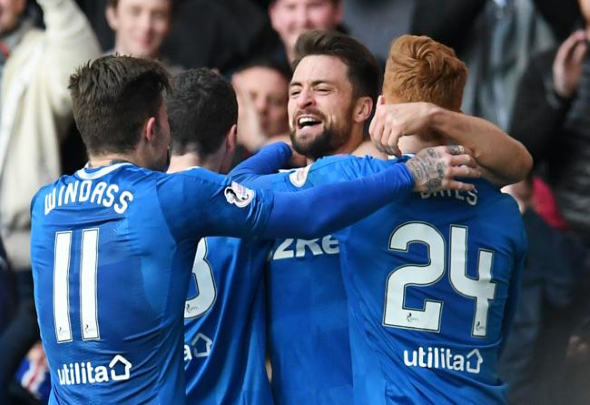 Rangers defender Russell Martin is in line to start Sunday’s Old Firm Scottish Cup semi-final alongside Ross McCrorie – and the 32-year-old loan star could win a permanent move with a stand-out display against the Hoops.

After David Bates’ departure was confirmed on Thursday, the Gers will definitely be in the market for at least one new defender this summer.

Martin, 32, joined the Light Blues on loan from Norwich in January after falling out of favour under Canaries boss Daniel Farke and could be on the way out permanently at the end of the season.

The 29-times capped Scotland defender hasn’t set the world on fire since his arrival but looked much more convincing alongside McCrorie against Dundee than he had in previous games.

With Bruno Alves and Fabio Cardoso both looking like they could be following Bates on the way out of Ibrox in the summer, director of football Mark Allen could need to bring in several new defenders.

If senior player Martin can prove he can do a job against Celtic at Hampden on Sunday it would surely fire him up Allen’s list of targets this summer.

One game isn’t going to gloss over all over the areas Martin hasn’t particularly excelled since his arrival but being able to shut out Celtic and help the Gers to a Scottish Cup final would go a long way to proving his critics wrong.