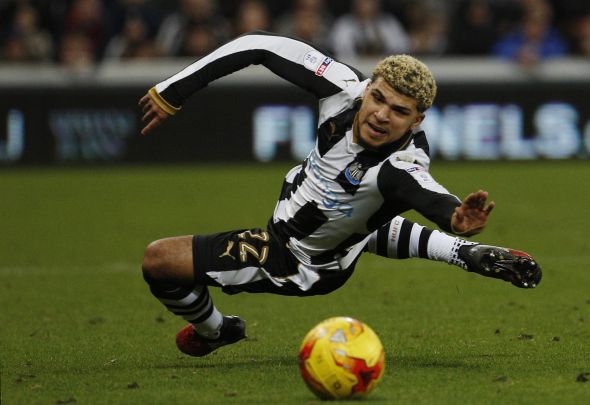 DeAndre Yedlin is set to miss the next five weeks of Newcastle’s promotion run-in after having his thigh injury assessed by experts in America.

Yedlin, 23, picked up the muscle problem after coming off the substitutes’ bench during the huge 3-1 win over rivals Huddersfield earlier this month.

The Evening Chronicle’s Toon reporter Lee Ryder revealed on his personal Twitter account that the USA international will now miss the next six games if he returns in exactly five weeks.

DeAndre Yedlin has been to Los Angeles for an assessment on his thigh injury. Expected to be out for five weeks. #nufc

That will see the former Tottenham and Sunderland speed merchant miss important matches against Sheffield Wednesday and Leeds, as well as Saturday’s clash against Birmingham.

The news will come as a huge blow to manager Rafa Benitez, as the former Liverpool and Real Madrid boss had previously told the Chronicle that he would be out for two weeks at the most.

USA international Yedlin had worked his way into the Toon’s starting line-up in recent matches before suffering the injury, after a string of impressive performances on the right flank.

However, the Magpies’ number 22 will now be forced to watch from the sidelines after the assessment that took place in Los Angeles.

Vurnon Anita and Jesus Gamez are the two obvious replacements for Yedlin, as Benitez looks to secure three points against Birmingham this weekend.

A win for the north east giants will see them consolidate their place at the top of the table, and will be hoping play-off rivals Leeds take points off second placed Brighton.

In other Newcastle news, Jonjo Shelvey has revealed he used to fight with this Toon midfielder.