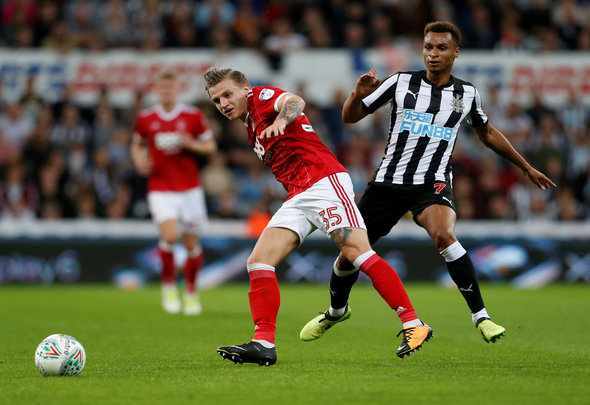 Jason Cummings has completed his medical at Rangers ahead of a loan move until the end of the season, according to transfer specialist Jim White.
The former Hibs striker, currently with Nottingham Forest, looks set to join Graeme Murty on a temporary deal imminently.

The striker has made 14 appearances for Nottingham Forest in the Championship this season, scoring one goal in the game against Sheffield United.
The 22-year-old joined Forest from Hibs in the summer for a fee believed to be around £1million.
Cummings would become Rangers’ fourth signing of the January window after landing Declan John on a permanent deal and bringing in Sean Goss and Jamie Murphy on loan until the end of the season.
In other Rangers news, the Gers are expected to announce this done deal within hours after a medical is scheduled.
We’ve launched a << BREAKING NEWS FEED>> exclusively for your club. ‘Like Us’ on Facebook by clicking here if you want 24/7 updates on all Rangers breaking news.