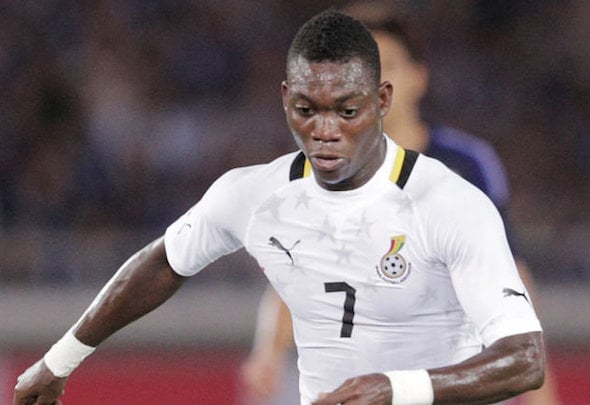 Newcastle are finalising personal terms with Chelsea winger Christian Atsu after he agreed a loan-to-buy move, according to reports.

Sky Sports’ transfer centre blog claimed on Tuesday (10.06am) that Atsu was undergoing a medical ahead of a season-long switch to St James’ Park.

It is said that the deal comes with an option for Newcastle to buy the 24-year-old permanently next summer.

Lee Ryder, chief writer for the Chronicle has also revealed on his personal Twitter account on Tuesday that he’s hearing that a deal for the 24-year-old attacker to move to St James’ Park is all agreed.

Hearing it's a done deal for Christian Atsu to #NUFC

Sky Sports’ north-east correspondent Keith Downie initially reported that the Magpies had enquired about Atsu for a loan move but he was one of several options the club were looking at.

The Mail claim that Newcastle have also opened talks with West Brom over a move for 25-year-old Callum McManaman as they increase their search for midfielder options.

Attacker Atsu, who was voted the Best Player of the African Cup of Nations in 2015, made just 12 appearances in total for both Bournemouth and Malaga last term after suffering a stress fracture to his shin.

The 42-time Ghana international has less than two years remaining on his Stamford Bridge contract.

Newcastle’s interest comes after winger Rolando Aarons was ruled out for eight weeks after fracturing a metatarsal against Cheltenham Town in the EFL Cup last week.

In other Newcastle transfer news, LA Galaxy midfielder Nigel de Jong is in talks with Galatasaray following the failed medical of Cheick Tiote.