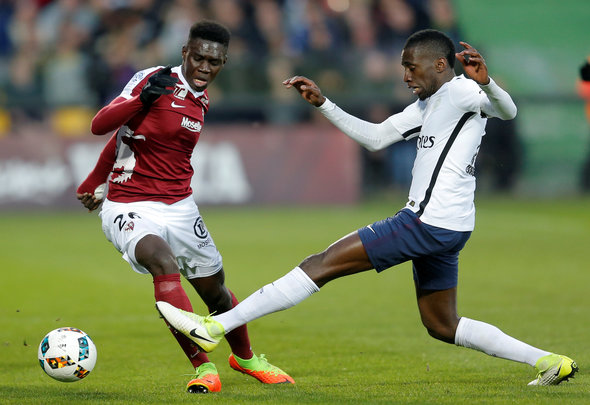 FC Metz attacker Ismaila Sarr has emphatically decided to join Stade Rennais despite a bid being tabled by Newcastle, according to a report.

French news outlet Ouest Football claims on their website that the 19-year-old will join Rennais within the next few hours and is expected to pen a four-year deal.

It is understood that Rennais are likely to have splashed at least £13.4million on the six-times Senegal international attacker, despite Newcastle previously making an offer of £10.7million.

The report adds that a number of high-profile teams had been keeping tabs on Sarr, with Barcelona, Lille, RB Leipzig and Borussia Dortmund all in the race for his signature.

Sarr joined Metz last July after beginning his career at Generation Foot in his home nation of Senegeal.

Newcastle have not been as busy as they would have hoped in the summer transfer window, but have already made additions to the areas that Sarr plays in.

Christian Atsu made his move from Chelsea to St. James’ Park permanent while Jacob Murphy has also been recruited by Toon boss Rafa Benitez.

It seems as though Newcastle simply didn’t meet Metz’s valuation of their highly-talented teenager, and that could be a move that the Magpies might regret in the future. However Sarr is still relatively untested and unproven. Just one season away from Senegalese football isn’t enough to see whether a player is worth over £10million, but at the same time the Magpies could have uncovered a hidden gem. The fact that Barcelona and Dortmund were keeping tabs on the 19-year-old speaks volumes, however the Toon have now managed to add Murphy to their ranks which means that their interest could have cooled after that buy.

In other Newcastle news, the club are hoping to launch a bid for this £10million-rated Brazilian midfielder, but face competition from two of their Premier League rivals.