Everton fended off competition from big guns north and south of the border including Newcastle United to agree the signing of defender Jarrad Branthwaite from Carlisle United, Football Insider understands.

The Merseysiders announced last night they had signed the 6ft 4in centre-back, 17, on a two-and-a-half year deal.

An Everton source has told Football Insider that the club have agreed a fee in the region of £750,000 with Carlisle for the young defender. 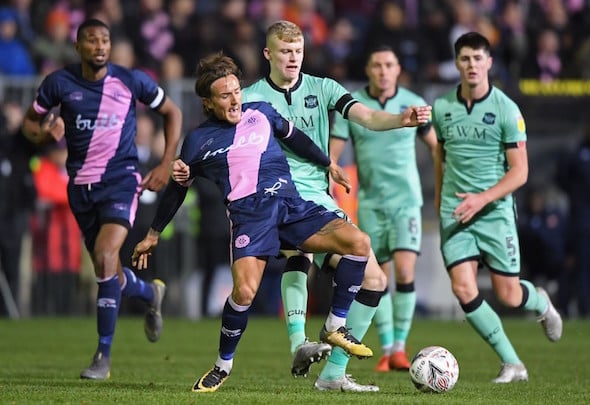 The sum will be supplemented by add-on costs based on performances and appearances.

This comes after Football Insider revealed yesterday morning that the Merseysiders were in advanced talks to sign Branthwaite after having an initial offer for the centre-back rejected last week.

Carlisle have been resigned to losing Branthwaite during this month’s transfer due to the huge amount of interest in his services from a number of clubs.

He will initially link up with Everton’s Under-23s side before pushing on for a place in Carlo Ancelotti’s first-team squad.

Branthwaite has made 14 appearances in all competitions so far this season, all of which have been in the starting XI.

Carlisle have revealed they offered the youngster a new three-year contract last November but he rejected it to pursue his Premier League dream.