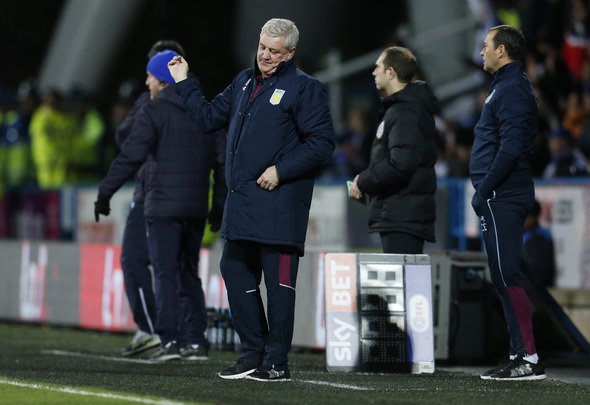 Scott Hogan has expressed his delight after getting “off the mark” for Aston Villa during their 2-0 win against Wigan on Saturday afternoon at the DW Stadium.

The 24-year-old striker moved to Villa from Championship rivals Brentford during the January transfer window.

Hogan had a tough start to his career in the Midlands, losing his first four matches and failing to get on the scoresheet during those games

He suffered an injury against Newcastle in February and returned against the Latics by heading in a late goal to ensure his side picked up all three points.

After the game against the relegation strugglers, Hogan took to his personal Twitter account to show his appreciation at scoring his first goal for the club.

Off the mark ! ⚽️🙌 @AVFCOfficial

Despite his early struggles for Villa, Hogan has had a successful Championship campaign in front of goal, scoring 15 goals in 30 games, mainly for his previous side.

He has scored the same amount of goals as his new teammate, Jonathan Kodjia, but the Ivory Coast international has played three more matches.

With Hogan returning from injury, it remains to be seen what formation Bruce will play to try and accommodate his two strikers.

When Bruce attempted to play two up front in various formations in February, Villa suffered five defeats on the bounce, so it is likely he may stick to his current 4-3-3 formation.

This could see Hogan playing a more central role for his side, with Kodjia playing on the left-wing, a role he has played on a number of occasions this term.

In other Aston Villa news, Ian Taylor has hailed this immense player after the win against Wigan.