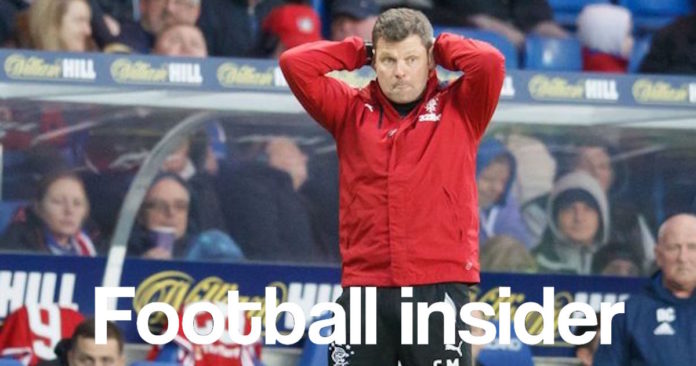 Rangers defender Russell Martin has been ruled out of the Old Firm clash against Celtic on Sunday, it has been confirmed.

Manager Graeme Murty explained at his media briefing early on Friday afternoon, as quoted by the official Rangers Twitter account, that the 6ft 1in centre-back has “felt something” and been pulled out of the first-team squad.

GM: We have deloaded Russell Martin because he felt something.

Martin, 32, has been a key player for Rangers since joining on loan from Norwich City in the January transfer window.

He has played the last seven league matches and impressed in the centre of defence alongside youngster David Bates.

No two ways about it, the absence of Martin is a shattering blow for Rangers. He has settled in superbly since swapping the Norwich reserves for the Light Blues’ first team, using all his experience and nous to form a better-than-expected partnership with rookie Bates. The Scotland international’s absence will leave a major hole to fill at the back, which is likely to be filled by fit-again Bruno Alves. The Portugese is aged 36 and hasn’t played for over two months, but he has a fine track record and plenty of experience of marquee fixtures to call upon. Rangers will need him to hit the ground running against such an elite opponent, and with the pressure on.