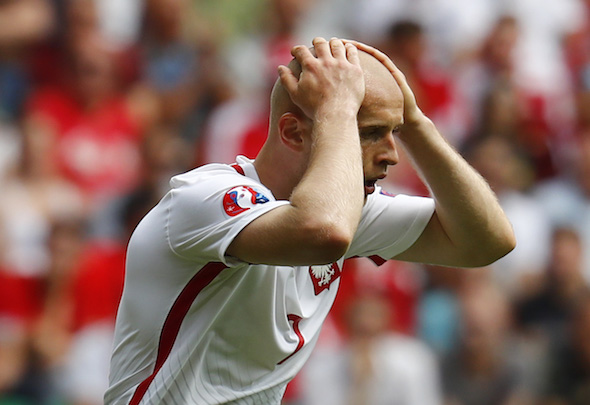 Newcastle United are seriously considering making a move for Legia Warsaw defender Michal Pazdan as they eye five more signings this month, according to a report.

The Telegraph claims that the Magpies are looking to add a central defender to their squad this season and they believe that the 29-year-old would be the perfect candidate.

The newspaper reports that the Tyneside club feel that Pazdan would add experience and he is also a very cheap target in this current market as he is reportedly worth £3million.

It is said that Newcastle boss Rafa Benitez is also planning to add a goalkeeper, left-back and striker to the team before the window closes with discussions ongoing with Stoke City forward Joselu and Chelsea defender Kenedy.

Pazdan impressed with performances for the Poland national team during the European Championships in France last year, featuring in every match and helping the side achieve three clean sheets in the process.

The centre-back was a key member of the Legia Warsaw first-team last season, making a total of 38 appearances in all competitions.

The Pole’s current contract with the club runs out in 2019.

The Polish defender could potentially be a very shrewd piece of business for Newcastle this summer. Pazdan is player who has made a total 26 international caps and he has featured in 23 matches combined in the Europa League and Champions League. He would also bring a winning mentality to the squad as he has been involved in two consecutive title winning seasons with Legia Warsaw. However, his arrival is unlikely to excite many Newcastle fans as his name is fairly unknown in England and like many players coming to the Premier League, it might take some time for him to adapt to the style of play. The Magpies’ summer signings all lack serious Premier League experience and it could potentially cost them by the end of the season.

In other Newcastle transfer news, a Premier League giant has hijacked the Magpies’ move for this 24-year-old striker.