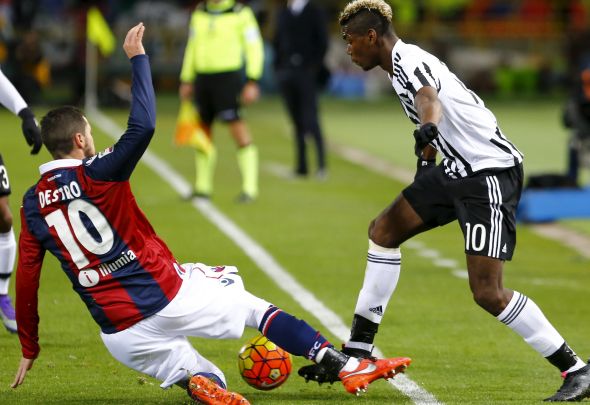 Newcastle fans have urged their club to stay away from signing Mattia Destro on Twitter after they had reportedly send scouts to watch him play.

Italian publication TuttoMercatoWeb claimed Rafa Benitez’s scouts will be in the stands at Stadio Renato Dall’Ara to watch the 26-year-old striker play against Pescara on Sunday afternoon.

Rafa Benitez is set to bolster his side this summer after being given assurances that he will be given a healthy transfer budget to spend on new talent.

Eight-time international Destro could be one of the first on that list, after scoring nine goals in 30 league and cup outings for his current side Bologna in Italy’s top tier.

Destro, who has also had spells with Inter Milan, AC Milan and Roma, has a contract until the summer of 2020 with his current side and it remains to be seen how much it would take for Bologna to sell.

However, Newcastle fans have urged their club to forget about buying the number 10, with some criticising his record in front of goal.

My friend who watches Serie A a lot tells me Destro is not good. Hmm…

Really? His record isn’t too impressive

Whats that? Destro? Decent player. Could he do it at Stoke on a wet windy evening….

Benitez currently has three strikers available to him on Tyneside, in Dwight Gayle, Daryl Murphy and Aleksander Mitrovic.

In other Newcastle transfer news, here are three reasons why the Toon should hijack their Premier League rivals’ move for this out-of-favour striker.