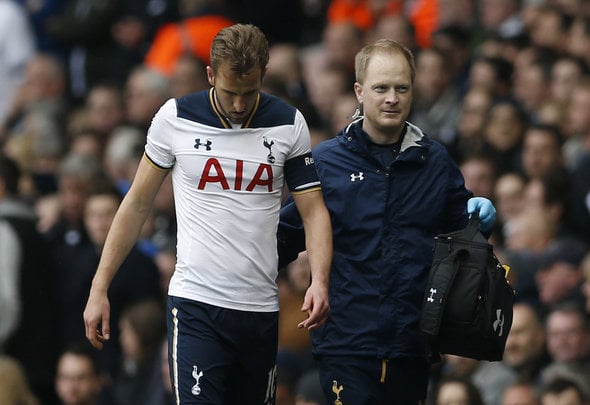 Son Heung-Min will spearhead the Tottenham attack during Harry Kane’s absence due to injury, according to a report.

The Telegraph claim the south Korean is set to be handed the chance to lead the front line while Kane is out with his second major ankle problem of the season.

It is said that the initial prognosis is that Kane will be sidelined for between four and eight weeks with the injury he sustained at the weekend.

This provides an opportunity for one of the back-up attackers to take on the central striker role that Kane has made his own over the last three seasons.

Son replaced him up front against Millwall and showed a clinical touch against the third-tier side with a hat-trick, while Vincent Janssen came off the bench to score his first goal in open play since his £18million transfer from AZ Alkmaar last summer.

Kane’s goals will be hard to replace as he is the joint Premier League leading scorer with 19 goals and, in all competitions, has struck an impressive 24 times from 29 matches.

The Telegraph report that the Spurs talisman must wait for the results of a scan and the independent verdict of a specialist before he knows the full extent of the damage.

Sky Sports claim on their website that a scan planned by Tottenham’s medical team for Monday was delayed by at least 24 hours while the swelling on Kane’s ankle subsided.

Kane left White Hart Lane on crutches and with his right ankle in a protective boot following Tottenham’s 6-0 FA Cup demolition of Millwall on Sunday.

Tottenham are fearing the worst after manager Mauricio Pochettino revealed after the match that the injury was similar to the one the striker suffered earlier in the season when he damaged ligaments in his ankle.

Kane was out for seven weeks with the problem he sustained in September and there are fears he will now be sidelined for a similar length of time.

Harry Kane leaving the stadium on crutches and with a protective boot on his right foot. #thfc pic.twitter.com/EHwOcXrilw

Pochettino will now assess his forward options ahead of Tottenham’s next fixture, a Premier League clash against Southampton at White Hart Lane on Sunday.