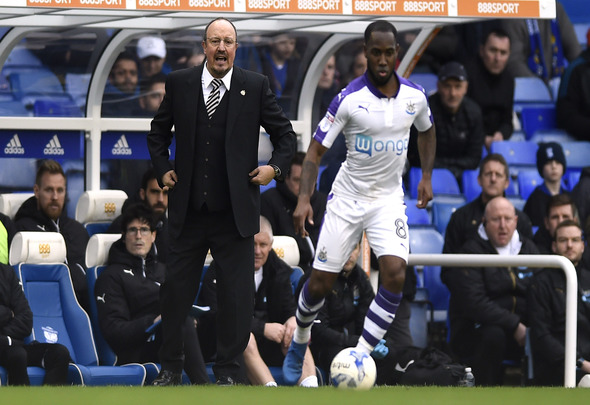 Newcastle secured their return to the Premier League with a 4-1 victory against Preston at St. James’ Park on Monday night.

Ayoze Perez struck in each half while Matt Ritchie converted a penalty and Christian Atsu scored as Simon Grayson’s side finished the game with ten men after Sam Gallagher was shown a red card.

Rafa Benitez’s side cannot be reached by the chasing pack but can still battle with Brighton for the Championship title in their last two matches.

However there were a few poor performers in the Newcastle side and here, Football Insider analyses the three worst players in the win.

It’s inexcusable that Benitez insists on playing the 28-year-old at right-back, when he simply isn’t cut out to play in the role. Anita is traditionally a defensive midfielder but has been used on the right side of a back four for most of the campaign due to several injury problems. However DeAndre Yedlin and Jesus Gamez are currently fit to play and it makes no sense in playing Anita over them, who is simply nowhere near to quality of his teammates. The Preston wingers ripped him apart all night and things could have been a lot worse if they attacked him more often.

On his return from injury, Clark didn’t really prove that he was back to full fitness. He was pretty much at fault for Preston’s only goal of the game when he completely lost track of former Port Vale striker Jordan Hugill. His display on the ball was also an issue as he was largely indecisive in what he did and his passing at times was poor. Clark has been a great signing for the Magpies but Monday night was one that he can thankfully sweep under the carpet as his side sealed promotion to the top-flight.

Dummett is like Marmite on Tyneside; fans either love him, or hate him. Those who agree with the latter will make a good case for their opinion with what was an almost anonymous display against Preston. The left-back was certainly more solid than Anita, but offered next to nothing to his side in attack. The Magpies exploited the flanks during the win and Atsu and Ritchie caused havoc at times, but Dummett got nowhere near to supporting the wingers. Newcastle need to sign a new left-back in the summer because he simply isn’t Premier League standard.

In other Newcastle news, John Carver has issued a warning to the club going into next season.