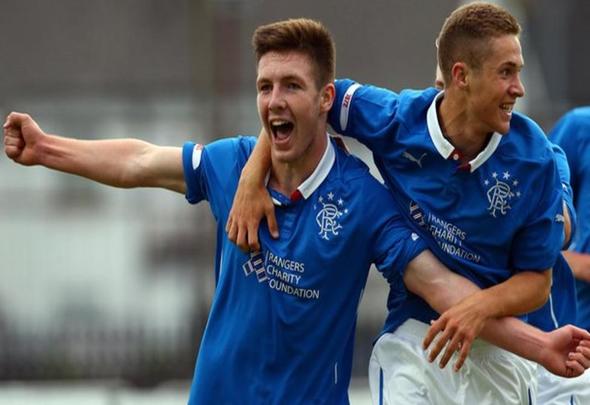 Young left-winger Sam Jamieson has told fans on Twitter that he will be leaving Rangers after 11 years at the club.

The Ibrox club are clearing out their youth ranks ahead of the summer and midfielder Max Ashmore, striker Jordan Gibson and attacking midfielder Josh Jeffries have all said their goodbyes and thanks to the clubs fans and staff.

Now, it would seem that 18-year-old Jamieson has also been told that his time at the Glasgow giants is coming to an end.

The teenage attacker posted the news via his personal Twitter account on Thursday afternoon in a heartfelt message, which read that he would like to tank staff and coaches who helped him through his 11 years at the club, while also stating that he was time for him “to start a new chapter”.

Jamieson never made it into the Rangers senior team during his 11 years at the club with the Scottish giants having a plethora of wing options in the senior team.

The young teen will now be hoping to find a club where he can find more first team football, while the Gers will look to continue the development of young up and coming stars David Bates, Myles Beerman, Jamie Barjonas, Andrew Dallas and Serge Atakayi, who were all in the first team squad last weekend.

In other Rangers transfer news, Derek Johnstone would not be surprised if this Gers first teamer left this summer