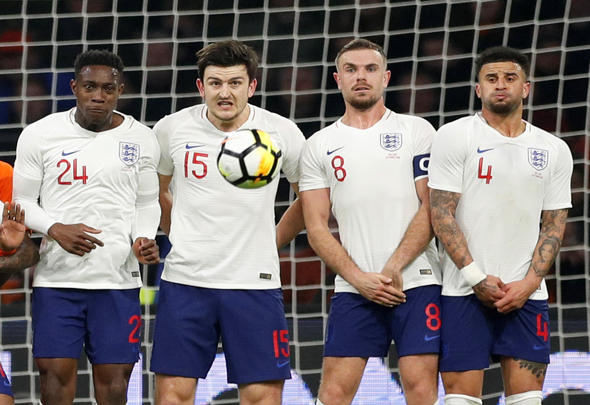 You’ve only got to see the reams of messages he gets begging him to sign a new contract every time he tweets.

But it’s time to face the fact that he’ll be leaving in the summer and start working on a replacement.

The latest report from Belgian outlet HLN claimed that Tottenham have given up on getting the centre-back to sign an extension and that he will be sold in the summer for £44m.

The big issue is that the player has a £25million release clause that activates in 2019.

That means he either needs to sign a contract extension this summer – one that takes the power out of his hands – or be sold.

He hasn’t signed yet and unless he’s offered the sort of wages that make it worthwhile removing that clause, he’s not going to.

If we were betting men, our money would be on him moving on this summer – and that would explain why he’s not being played by Pochettino while his international manager says he’s completely fine and ready to play.

So who to replace him?

Juan Foyth is Pochettino’s pet project at the moment, and he is a massive fan of the youngster who he was said to be working closely with while the rest of his stars were off on international duty.

But Foyth hasn’t played a Premier League game yet and next season will be a case of introducing him to the rigours and pace of the English top flight.

There’s a readymade replacement in the Premier League though and he would surely jump at the chance to be part of the Pochettino revolution.

Harry Maguire is a colossal player, and we’re not just talking about his 6ft 3in frame.

He’s broken through into the England first team – he started the 1-0 win against the Netherlands on Friday – and an integral part of the Leicester team after his 2017 summer move from Hull.

He’s got a contract until 2022 so he won’t come cheap and the Leicester owner’s riches mean they can play hardball.

But he would be perfect for Tottenham and they would be able to fund him with the money the get for Alderweireld.

They’d be getting a player at the absolute peak of his powers and one that could form a fantastic partnership with any one of Davinson Sanchez, Jan Vertonghen and Juan Foyth.

If Daniel Levy could land him, it would be one of the deals of the summer.