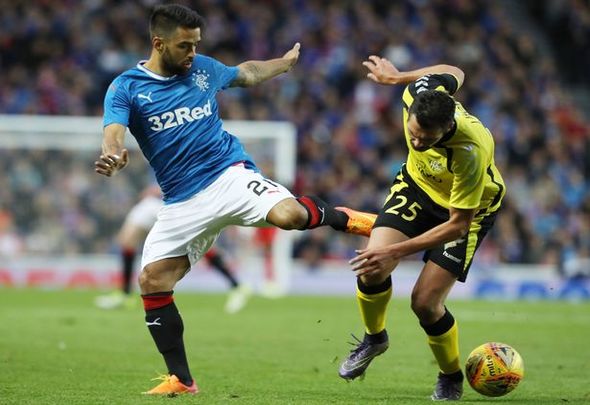 Sky Sports pundit Kris Commons was blown away by Rangers winger Daniel Candeias, who turned in a man of the match display for the Gers in their 2-1 win over Hearts.

Commons, speaking on Sky Sports after the game, was particularly impressed with the way Candeias headed home his goal, which was his eighth of the season.

“He was tremendous, he really got on the front-foot, the wingers aren’t renowned for headed ability and it’s a great header.”

Candeias has been one of the best players for the Gers this season, and could well be nominated for player of the year awards.

Candeias has been superb for the Gers this season, and has probably their best player this season. He has been one of the few players at the club who has managed to keep up a consistent level of form on a weekly basis, and he is one of the main reasons that the Light Blues are top scorers in the Scottish Premiership table. If the Gers are to mount a credible title challenge next season, Candeias will be one of the most important players at the club, as he could provide plenty of goals for the strikers, as he is already in double figures for assists in a poor Gers team, he could do even better in one which was playing with confidence.

In other Rangers news, fans were delighted with Graham Dorrans’ performance v Hearts