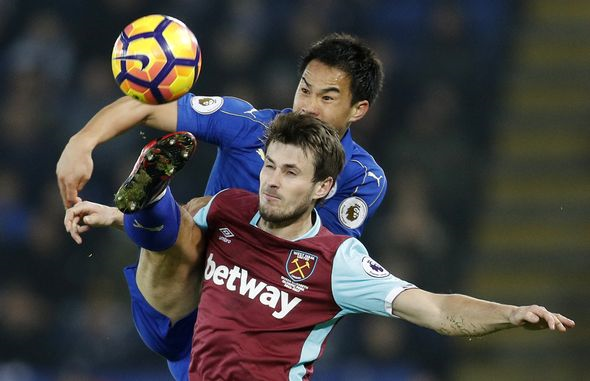 Slaven Bilic is likely to have a selection dilemma on his hands after West Ham’s Pedro Obiang was ruled out for the rest of the season – and fans want Havard Nordtveit to replace him.

It was revealed on Monday that Spanish midfielder Obiang was set to miss West Ham’s remaining nine league matches after suffering an ankle injury.

That leaves Croatian boss Bilic with a midfield headache on his hands, as he weighs up the potential candidates in his side that can partner captain Mark Noble in the middle of the park.

Edimilson Fernandes, Cheikhou Kouyate and Havard Nordtveit will all be considered to fill the void left by Obiang, ahead of their next match against Hull on April 1.

However, West Ham fans are adamant on Twitter that they want to see summer signing Nordtveit replace Obiang, despite a poor start to life at the London Stadium following his move from Borussia Monchengladbach last summer.

BREAKING NEWS!! Håvard Nordtveit may actually play a game of football in his actual position. #WestHam

I can see Nordtveit getting some game time now…

Oxford won't get recalled due to Kouyate and Nordtveit being able to fill in at centre half with Ginge or Fonte.

Season is over ffs.We're gonna stay up and finish 13th, however Nordtveit might get some game time and Oxford and Martinez must be recalled

I guess we'll be seeing the return of Nordtveit and more of Fernandes…along with Kouyate filling in at CB.

Norway international Nordtveit has featured just twice since the turn of the year, after suffering an ankle injury of his own.

However, the former Arsenal trainee is now fit to return to Bilic’s side and could be handed just his ninth league start in claret and blue against Marco Silva’s Hull.

In other West Ham news, the injury to Obiang could also affect Liverpool and here is why.