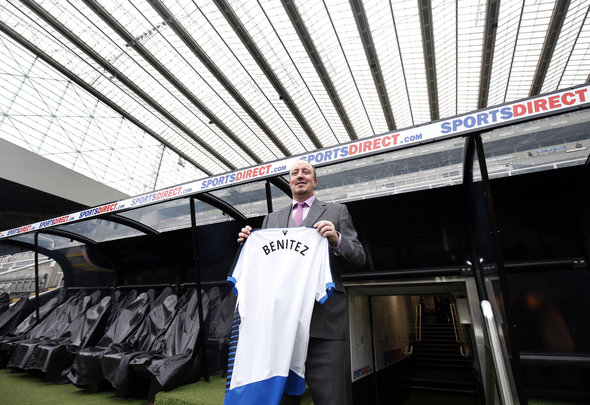 There will be few West Ham fans who will claim they are satisfied by the way their season has gone as they head into their final game against Everton.

A roller coaster of a campaign has seen them up and down the Premier League table, a change of manager in the dugout, and constant flirtation with the relegation battle happening at the bottom of the table.

The Hammers will be playing top flight football next season, David Moyes having guided them to survival after Slaven Bilic’s exit, but that still has not managed to convince the Irons faithful that he is the man for the job.

More importantly, it does not look like the board are going to take him on, and that his short spell in east London is coming to an imminent end.

The Telegraph make the massive claim on their website that the annual debrief the club hold will end with Moyes and his backroom staff seeing their time at the club come to an end, which poses the question as to who will take over next season.

The same report that the board have held long-term interest in Newcastle United’s Rafael Benitez, while Claret and Hugh claim the Spaniard is the club’s top target for if Moyes does depart.

However, the Hammers must act fast and pounce on the Magpies’ failings if they are to get him through the door.

Benitez’s contract at St James’ Park expires next summer, which has left the Newcastle faithful, and the board, fearful over his potential exit, and the former Liverpool boss has confirmed that talks over extending his stay are imminent.

Once those discussions begin it may be difficult for West Ham to prise him away, but making a move immediately will place the seed of doubt in his head, especially when it comes to the sort of spending he can expect at both clubs.

If he is their number one target, then action must be imminent, for they risk missing out the longer they wait.

In other West Ham news, the club are said to have held a second round of talks with a Premier League winner.