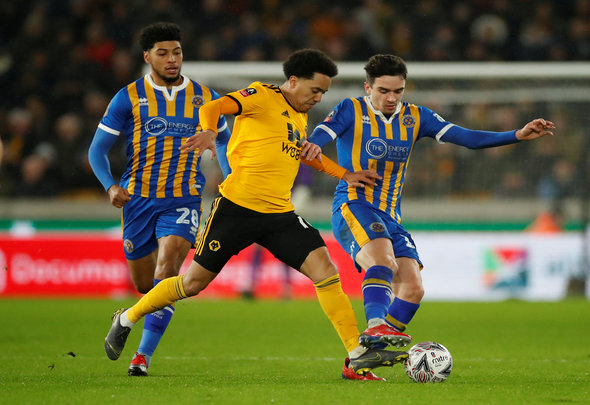 Leeds United will be getting their hands on Premier League quality if they can seal the signing of Helder Costa from Wolverhampton Wanderers, according to Noel Whelan.

The former Leeds star, speaking exclusively to Football Insider, was left head over heels at the prospect of the one-cap ace joining the Whites this summer, insisting that he could fix a big problem in terms of creativity, highlighting their lack of cutting edge in attack. As exclusively revealed by Football Insider, the Elland Road outfit are looking to pounce on a loan deal for the Portuguese international as manager Marcelo Bielsa looks to strengthen his options on the wings and Whelan was thrilled with the news.

“He is a fantastic player, loads of pace, can make things happen – the sort of player that can change games and win games for you,” he told Football Insider in an exclusive interview.

“We need more players like that and if that is to materialise then what a fantastic first signing – second signing after Bielsa – that is, if Leeds United can get hold of that kind of player.

“He’s got everything that you kind of need in a player to open up doors – we’ve only really got Pablo Hernandez who can actually do that consistently or who has that different level of quality. Helder Costa would just add another dimension.

“He’s coming from a club that’s been successful and still is in its first year so we’re getting Premier League quality.” Having spent three years at Wolves, initially joining on loan from Benfica in the summer of 2016 before turning that move permanent during the 2017 January transfer window, the 25-year-old has become a backup option for Nuno Espirito Santo, appearing just six times in the Premier League since the start of 2019.

He has 71 Championship appearances under his belt, scoring 15 goals and setting up 14 assists in his two seasons in the second tier.