Noel Whelan claims a new sporting director could bring a “shift of dynamics” behind-the-scenes at Celtic.

Speaking exclusively to Football Insider, the former striker insisted the Hoops needed to use this season as a “massive example” of where to improve for next season.

As reported by Sky Sports journalist Anthony Joseph, Celtic are looking to appoint a sporting director to restructure and modernise their footballing department.

Celtic are looking to appoint a sporting director among plans to modernise their football department.

Restructuring plans will include input from incoming CEO Dominic McKay.

As revealed by Football Insider back in January, head of football operations Nicky Hammond is under serious threat of being axed.

The Bhoys’ recruitment has come under heavy fire, with the likes of Vasilis Barkas and Shane Duffy panned as flops.

Whelan suggested a new senior figure may help bridge the gap between management and the boardroom.

Whelan told Football Insider assistant editor Russell Edge: “There’s got to be a shift in dynamics of that football club, the way things are done.

“Help for the manager, a middleman. always helps. Instead of going to the chairman and the big wigs and sitting down talking to them, sometimes it’s better to have a relationship with a technical director that can put those opinions across to them.

“A specialist in that area helps the manager get what he wants. That’s going to improve the side and going to help relationships. It’s never easy.

“It’s a bit like a player going in to do his own deal with a manager. That’s why you have agents, you have a middleman because you don’t want to start arguing.

“You go back, they discuss it, they come back with an answer. We can’t afford him, but what about that player?

“It takes away a lot of friction, a lot of pressure on a manager and the chairman, their relationship. I think is a good idea, it’s a way forward. Lots of clubs are doing it now and I think it’s best that they take that on board.

“This season is a massive example of players that should never have come to the club. In addition, the help that Neil probably needed. 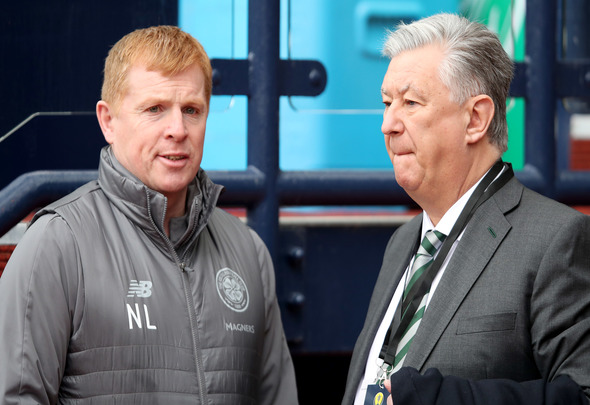 “In certain times where you’re under pressure, it’s hard to go to a chairman and ask for money to buy certain players.

“That’s where I think the technical director comes in. Use that middleman power to go and work between the manager and the chairman.”

In other news, Whelan has ripped into Kristoffer Ajer following Neil Lennon’s exit at Celtic.