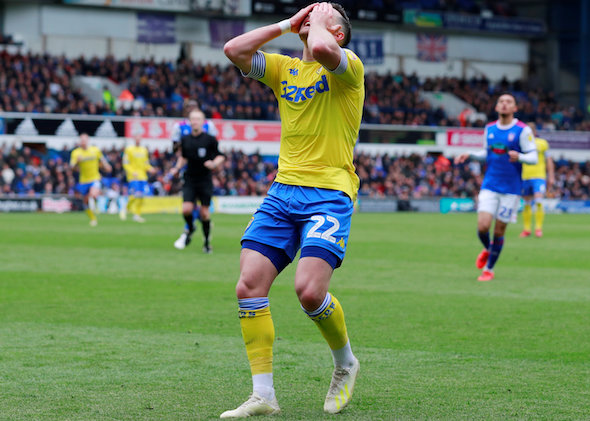 Noel Whelan says that Jack Harrison has “unfinished business” at Leeds United as the attacker closes in on a return to Elland Road.

Speaking exclusively to Football Insider, the former Leeds star and lifelong Whites fan says that the Manchester City winger, who spent last season with Marcelo Bielsa’s men on loan, did not do enough to impress during the 2018/19 campaign.

Football Insider exclusively revealed that Leeds are in advanced talks over the 22-year-old returning for a second successive loan spell and that confirmation of the temporary deal could be just days away.

With Harrison set to take his place on the wing once again in Yorkshire, Whelan says there is more to come from the Premier League talent, especially when it comes to his efforts in front of goal.

“It is unfinished business and he’s still got a lot to prove,” Whelan told Football Insider.

“This season we will be hoping to see the best of Jack Harrison and a more consistent Jack Harrison. We saw it in glimpses last year, not enough in the full 90 minutes in many games but he’s going to have an opportunity.

“We know he can shine on the big stage. We can see certain things in his game that makes him that good player that’s talked about by Pep Guardiola. He’s got to start producing that week in, week out on a more consistent basis.

“He squandered a few chances last year which you would expect someone of his talent to put in the back of the net.”

Harrison was a mainstay for Marcelo Bielsa last season as he featured 42 times for Leeds, scoring four goals and chalking up another four assists.

He is yet to play for Manchester City’s first team, with his other professional experience coming at Middlesbrough and New York City FC.

In other Leeds United news, it can be REVEALED that a northern club are plotting a sensational double Leeds swoop as exodus reaches new level.